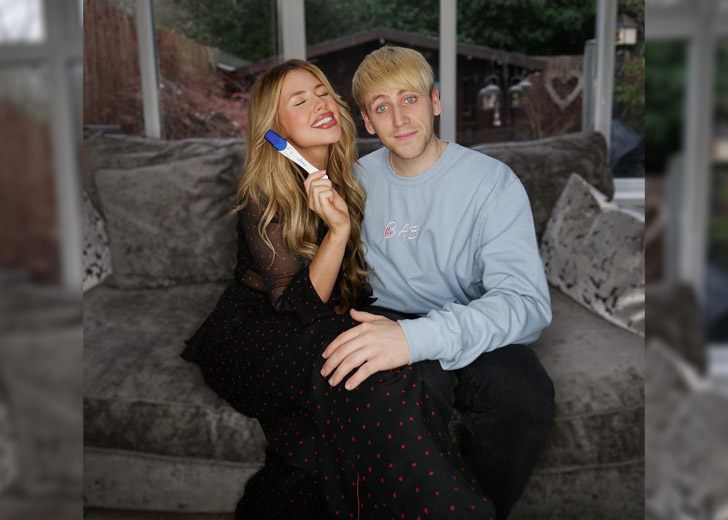 Liana Jade Brooker, commonly known as Liana Jade, and her longtime boyfriend Connor Darlington are the parents in making.

The TikTok star, age 22, took to her Instagram handle on Tuesday, December 14, 2021, to announce the happy news. She had posted a picture with her partner in which she was holding a pregnancy test kit in her hand.

In another picture, on the same post, there was a clearer look at the pregnancy test kit that showed she was pregnant. “WE’RE HAVING A BABY!” she captioned her post followed by a pleading face emoji.

Darlington, age 25, also shared the news via his Instagram handle. Additionally, Jade had surprised her boyfriend with the news and recorded all of the moments, which were later shared through the duo’s combined YouTube channel, Connor And Liana.

Like the couple, their friends and fans were also happy to learn the news and they showed their happiness through the comment section. Rosie Daniels, a friend of Jade wrote, “I’ve never been happier.”

“CRIED MY EYES OUT AT YOUR VIDEO. I’m so happy for you babe,” wrote another friend referring to the announcement video on the duo’s YouTube channel.

Similarly, one fan of the TikTok star went on to comment, “Omg congratulations I wish u the very best.”

Going by all of that, it seems like Jade and Darlington are very excited to be parents and cannot wait to see and spend a memorable time with their little one.

The news of Jade’s pregnancy comes just three months after she removed her birth control implant. The duo had even captured some of those moments and shared them on YouTube.

The fellow video creators have known each other for over three years, and they have been in a romantic relationship for over two years.

They first met each other in around 2018 and formed a friendship. With time, they developed feelings for each other and eventually began dating on March 19, 2019.

Ever since they started out as a couple, they have always been together, holding each other’s hands and supporting their other halves through thick and thin.

On this year’s March 19, they celebrated two years of their togetherness. Both of them took to their respective Instagram handles to share different pictures alongside each other with two different captions.

Darlington’s love for his girlfriend was seen in the letter that Jade wrote when she surprised him with her pregnancy news.

In that emotional letter, she had written, “In the short time spent together, being long distance, I’d never felt so lucky and loved. I don’t think you understand all the things you’ve done for me.”

The letter continued, “Not only did you prove to me that true love exists but you took a shy insecure little Welsh girl and turned it into the confident woman I am today. You made me feel the most beautiful when I wore no makeup, wore clothes that were comfortable and baggy.”

“But most of all, you made me feel beautiful and comfortable just being myself. Even after three years of being together, you showed me the same love and patience. You’ve always believed in me, you’ve supported me through all my highs and my lows.”

“And it’s more than i could ever ask for i honestly can’t wait to spend forever with you.”

Now that the family of two is expanding into three, it is sure that the love will grow even more. We wish the couple nothing but the best.