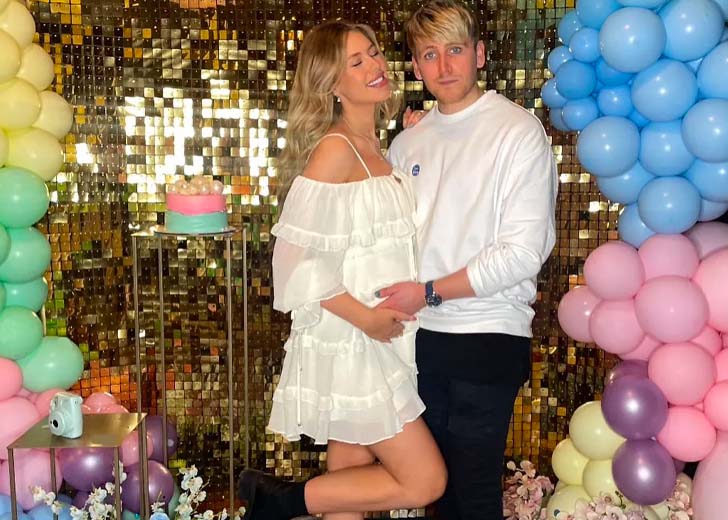 Liana Jade is now 37 weeks pregnant and ready to welcome her baby boy in around three weeks.

On Sunday, June 12, 2022, the YouTube star took to her Instagram handle to share multiple pictures of the room she and her boyfriend, Conner Darlington, have prepared for their upcoming baby.

The first picture was of Jade flaunting her baby bump while wearing a black dress as she stood beside a baby crib. Similarly, other images showed things like baby clothes, playing toys, a rainbow painted on the wall, and more.

In the caption, she wrote, “We’re ready for you, baby Darlington!” Following that, she mentioned that all of the decorations for their baby’s nursery were done through the help of Obaby – a kids brand – as she is “such a sucker for anything grey, wood or sage.”

Hours before Jade shared snaps about her dream baby nursery; she had taken to her Instagram stories to post a picture that showed her pregnancy progress. “Your baby at 37 weeks,” one of the lines read.

The line continued, “At 37 weeks, your pregnancy is considered full-term. The average baby weighs around 3-4 kg by now. Your baby is ready to be born, and you’ll be meeting them sometime in the next few weeks.”

The picture also showed that Jade and her partner would welcome their first child in around three weeks. “3rd July” was shown as the due date. Similarly, Jade had written, “And just like that, I am full term!!”

Jade and Darlington first revealed their pregnancy news on December 14, 2021 — three months after Jade removed her birth control implant. Since then, the duo has been very much vocal about their pregnancy journey.

On March 7, 2022, Jade posted a picture from her baby’s gender reveal event and teased her fans by making them guess the gender of their baby. A day later, she finally revealed that she and her boyfriend were going to welcome a baby boy.

As for the baby name, the two are yet to share any official name for their soon-to-be-born child. Nonetheless, Jade could often be seen mentioning her baby as baby Darlington.