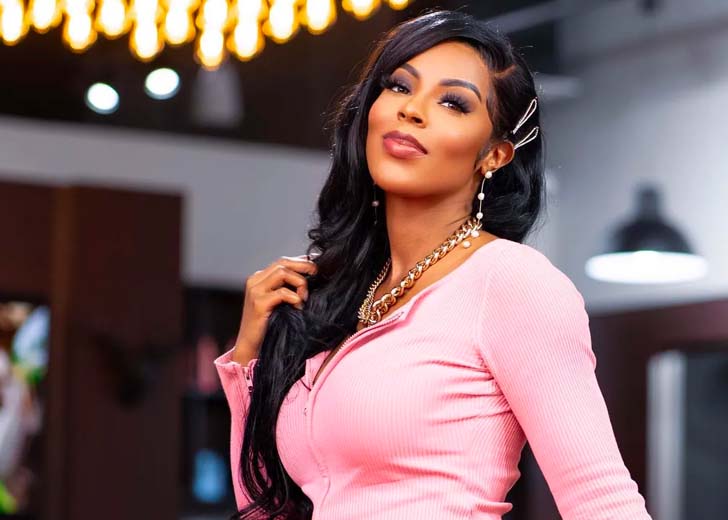 “Happy 10th Birthday to my darling son ADAM. I love you so much,” Caroline Brooks wrote, marking her son’s birthday in April 2022.

Caroline Brooks is a real estate developer and businesswoman from the United States who relocated to Dubai from Massachusetts.

Brooks eventually rose to fame after appearing on The Real Housewives of Dubai. Her popularity has sparked people’s interest in the life of the real-estate mogul-turned-entrepreneur.

So here’s a look into the life of Caroline Brooks.

Who is Caroline Brooks?

Caroline Brooks, who features on season 1 of RHOD, is originally from the United States. Brooks, the daughter of two Honduran immigrants, is a proud first-generation American and Afro-Latina “with an appetite for business.”

She used to work as the marketing manager for her ex-husband’s companies. After she and her husband divorced, Brooks went on to become one of the first female real estate directors in the UAE, according to her Bravo bio.

She is presently the Director of a real estate brokerage agency. She has also created a name for herself in the beauty industry with her recently launched Glass House Salon and Spa. “A luxury salon that caters to women of all colors, hair textures, and skin types,” her bio describes.

Who is Caroline Brooks’ husband?

Brooks has always kept her personal life secret and doesn’t mention her previous marriage much. She was reportedly married to a Dubai-based businessman named Zoran, whose last name is unknown to the public, and very few details of her ex-husband are known.

When the real estate director met the Dubai-based businessman, sparks flew, and it didn’t take long for the two to get together. The diva met her ex-husband, Zoran, while working as an intern in New York City since they were in the same social circles.

So, following a “whirlwind engagement,” Caroline moved with him to the city of Dubai in 2010, where the two supposedly married a year later.

Their marriage, however, did not survive. After around seven and a half years of marriage, the couple divorced.

She stated that she had “no regrets” regarding her previous relationship, particularly since it resulted in the birth of her son.

She also denied receiving a large settlement for her divorce. She said she “walked away with nothing” and had to rebuild her life in the aftermath.

How many children does Caroline Brooks have?

Brooks has only one child. In 2012, Brooks and her ex-husband, Zoran, welcomed their only son, Adam, into the world.

Despite his parents’ divorce, Adam strongly bonds with his father.

On the other hand, his bond with Caroline is special since the single mother prioritizes Adam above all else. She is a very loving, dedicated, and proud single mom.

Witnessing such a lovely mother-child attachment warms our hearts, and we wish them nothing but happiness in the years ahead.

The RHOD star has also spoken publicly about her dating life and her partners following her divorce, telling Tuko that she dated Mombasa governor Hassan Joho, who, she said, treated her “like a princess.”

She was also reportedly dating Odion Jude Ighalo, a soccer player for the Saudi team Al-Hilal and Nigeria’s national team.

Brooks told Cosmo Middle East that she is not afraid of being rejected. “Rejection never demotivates me because I love where I am now,” she explained.

That being said, it’s unclear whether she is currently single. Maybe viewers will learn about her partner in this upcoming season of The Real Housewives of Dubai.