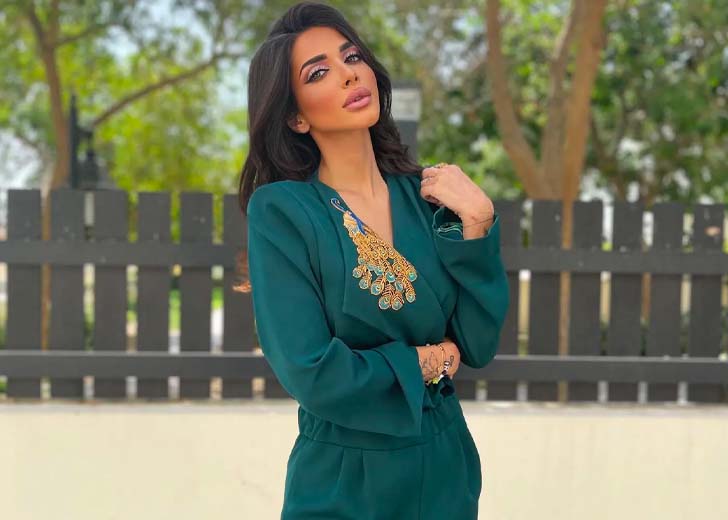 Sara Al Madani is raising a son from her first marriage.

Sara Al Madani is a cast member of the renowned TV reality show The Real Housewives of Dubai.

The reality TV star, age 36, was introduced in the first season of the show, and her portrayal as a businesswoman, fashion designer, and restaurant owner has been well received by viewers.

Below learn everything about her personal life!

Sara Al Madani had a child from her first marriage

Madani has been married twice but is presently single.

Over the years, she hasn’t been very candid about her personal life, but the details of her first marriage have been around the internet briefly.

Adding to that, she was first married to her ex-husband back around the early 2010s. However, no details of her first husband have been revealed. That said, she welcomed her first child from her then-marriage.

And despite her successful career, Madani is incredibly focused on her son. The RHOD star is a proud single mother to her 6-year-old son, Maktoum.

The mother-son duo has a very cute relationship, as proven by the absolutely adorable images of them on Madani’s social media handles.

For instance, while marking the occasion of Mother’s Day, she posted a picture with her son on May 8, 2022, on Instagram. In the post, she expressed her love for her son, writing, “The best gift life can give you is a child…and the best occupation is being a mother…happy Mother’s Day.”

“Ever since becoming a mother, I’ve become a better leader because my empathy and sympathy switches are turned on for life,” she also told BMW.

Despite her strong social media presence, the successful entrepreneur has kept her personal life quiet. Yet, reports of Mustafa Khawaja being her ex-husband [second husband] have been spreading on the internet.

The diva even shared a couple of photos on social media with her ex-husband in the past, which have now been removed.

In 2019, the two fell in love after discovering common ground as young entrepreneurs.

Khawaja began his career as a passionate bodybuilder and fitness fanatic, which he eventually turned into a business when he founded Sparta Nutrition, a supplement retail store in the United States.

It has since evolved into Khawaja Holdings, an investment firm with global operations.

But Madani’s second marriage with her second husband Khawaja didn’t last long as well, as they separated sometime after their marriage. The divorce date is not revealed, too.

After they attended a launch event for the app HalaHi, Madani’s romance rumors with Michele Morrone began to circulate on the internet, but the truth may be different.

According to LinkedIn, Madani is the co-founder and CEO of HalaHi, and the actor has been a part of the app’s promotional advertising and marketing campaign. Moreover, the Italian actor is already committed to his fiancée, with whom he has shared a long-term relationship.

Morrone was previously married to his ex-wife Rouba Saadeh with whom he divorced in 2020.

Truth Behind Bill Hemmer’s Gay Rumors: Is He Married To A Wife Now?

Posted on June 22, 2022June 22, 2022
Bill Hemmer was in a relationship with his former girlfriend for eight years, but they never got married.
Read More