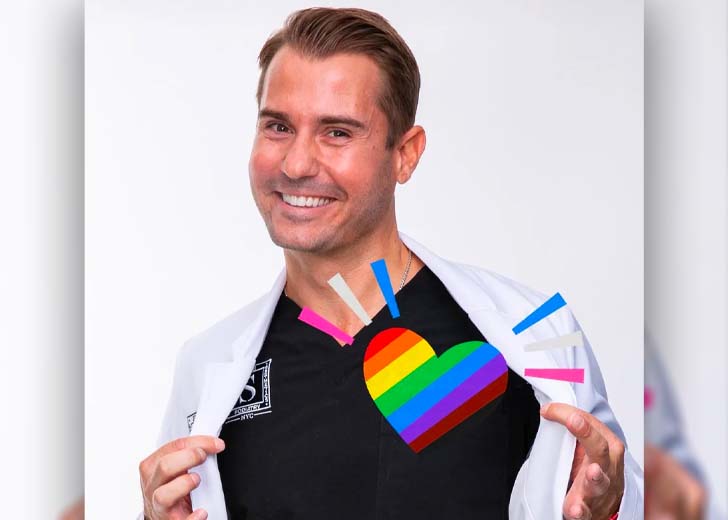 “I wanted to be part of this world where I didn’t have to deal with this trial that was being placed on me,” Brad Schaeffer shared his struggles.

Pride month is right beside, and marking the occasion, Brad Schaeffer unveiled one of the most talked-about chapters in his life, his sexuality.

With a heart-warming smile, the TLC star shared his story publicly during a recent interview with Today. His brave decision also lit the path of any of his followers to garner confidence and flaunt their true colors publicly this pride month.

How did Brad Schaeffer realize that he was gay?

While marking his honorary presence on the month of purity and colors, he sat with the publication and was asked to unveil his untold story.

Doing that, Schaeffer shared that he was fully aware of the criteria he needed to fit in while growing up. He has always been a devotee of Christianity, and in respect of that, he encircled his boundaries even if he did not wish to. He wanted to conform to all those boxes of life.

Besides, he also grew up in a pretty athletic and sporty family. Schaeffer, too, started being involved in sports and athletics, of course. Our society sees the athletic person as one straight masculine personality.

So, living under the pressure of expectations, the reality TV star portrayed himself the way society wished to see him. He revealed that he was 12 when he had been getting certain instincts and questions encircling his sexuality. He mentioned that he was pretty confused and unsure about him being gay.

He suppressed his feelings, but he never let those feelings turn homophobic, at least. Even when his uncle came out to his family as gay, he provided his uncle with all the warmth and support he required.

However, Schaeffer grew up reminding himself that he was straight even if he did not wish to. In the interview, he added, “I didn’t necessarily have a moment in time when I knew I was gay, and it was just a slow burn, where it just kept eating at me and churning.

At those moments of life, the only thing Schaeffer wished for was to be confident in his sexuality. He felt he was undergoing a life trial period where he was unaware of what and where he wanted to see himself.

Despite his brain being flooded with questions, he calmed himself while reminded that he was strong enough to battle this uncertain phase of life.

With those thoughts in his heart, Schaeffer fell in love with a girl named Cara. They both got married and were ready to lead a new yet fresh life.

However, this new beginning of life was still quite confusing to him. At that phase, he was still unaware of what he truly wanted from within.

He respected his wife Cara and had a tremendous love for her but did not have the guts to start a family. Schaeffer got married to prove himself that he was straight. However, things were still not working as per the expectations.

Each time Cara came to him about building a family together, he would bring up thousands of excuses. In the initial years, he tackled things by saying that he wished to focus entirely on school, but even after his schooling was over, Schaeffer stayed in the denial phase.

These circumstances created arguments, so the couple decided to part ways after five years of their wedding.

What happened after their separation?

After the separation in 2012, Schaeffer came out to his ex-wife Cara. He poured in all the emotions right before her like an open book.

To this, she shed tears of support and love towards him. She kept no ill thoughts and promised to stick by him during all his phases of life.

After then, a beautiful time started for him. That was the time when he started fresh and new. 2012 was the year of his life when he began living the way his heart wanted.

Schaeffer came across his match, Sean, who also shared a similar story that year. Sean, too realized the reality after marrying a woman and having two kids.

Schaeffer and his partner Sean eventually got decisive to pave the new chapter of life together, and ever since, they have been bound in a beautiful relationship. It has already been a decade, and the partners rejoice in each moment while clenching their hands together.

All You Need To Know About Skrill