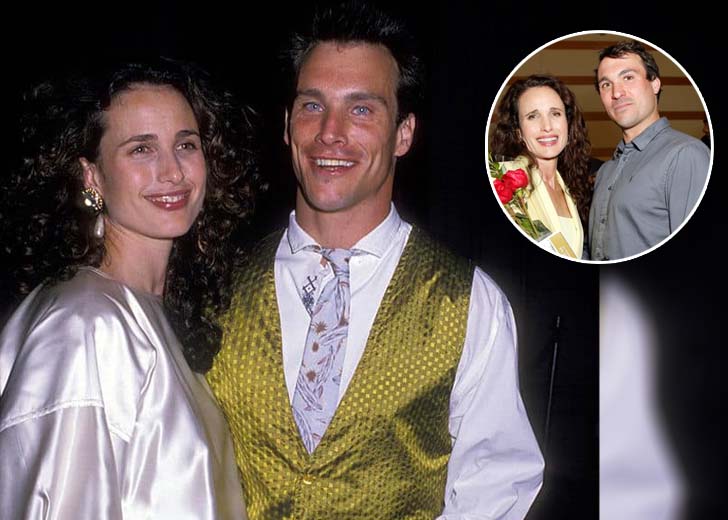 Justin Qualley is a well-known celebrity, all thanks to his parents. He rose to fame as the son of veteran actress Andie McDowell and her ex-husband Paul Qualley.

Moreover, he is one of the three children of his famous parents — and without a doubt, his other siblings are also renowned personalities in Hollywood. Both his siblings even followed in their mother’s footsteps and became an actresses.

And while many have heard a lot about the Qualley sisters, Justin has remained inexplicably out of the public eye.

So, let’s discover more about Justin and things related to him!

Who is Justin Qualley? His age details

His mother has described him as really down-to-earth and easy to get along with. She has also stated that her son, Justin, enjoys the serenity of a peaceful existence. She expresses her admiration for him and his decisions.

Likewise, he enjoys trees and nature and believes that open spaces should be preserved for wildlife.

According to New York Times, Justin works in real estate in Missoula, Montana, where his father, Paul, owns a ranch.

The 36-year-old celebrity’s parents met while Paul was modeling for GAP advertising services back in the 1980s.

Sometime later, in 1986, they tied the knot and remained married for 13 years. Due to personal reasons, they eventually divorced in 1999.

Justin’s father was a rancher, while his mother, Andie, is a well-known name in the American film industry.

She has appeared in films such as Groundhog Day, Short Cuts, Four Weddings and a Funeral, Michael, and Multiplicity.

Additionally, she has appeared for Calvin Klein Inc. and worked as a spokesperson for L’Oréal since 1986. She marked 30 years with the latter organization in 2016.

Margaret Qualley is Justin’s younger sister and actress Andie’s youngest child. She is a model and actress.

She has walked the runways of New York Fashion Week, Paris Fashion Week, and countless magazines. Margaret even made her acting debut in the 2013 drama film Palo Alto, where she played a minor role.

On the other hand, Rainey Qualley is Justin’s other sister — and the middle of Andie’s three children. The diva is also an actress and singer.

She made her acting debut in the film Mighty Fine (2012). Justin is four years older than Rainey, who was born in 1990. She was also the winner of Miss Golden Globe in 2012.

Is Justin Qualley married to a wife? Personal life and net worth details

Justin has kept a healthy distance from the media and the spotlight. And it’s not surprising that the public hasn’t seen him in a long time and has very little information about his whereabouts.

That being said, his mother, Andie, revealed her son’s relationship status via Instagram in June 2022. She shared that Justin was happily together with his partner, presumably his wife Nicolette.

To be precise, in her Instagram post, she revealed that her son and daughter-in-law were expecting their baby, as she shared a couple of pictures of Justin and his wife showing off Nicolette’s baby bump.

“My son plants fruit trees that’s how he has fun. Nicolette and Justin are down to earth in every way,” she wrote. “I cannot wait to meet my sweet new grandchild.”

Besides, Justin’s family as a whole has a large net worth, placing them among the wealthiest families in America. And that makes his net worth close to a million dollars, too.

But his exact net worth figures, house details, lifestyle, and earning sources are still under wraps.

As for his whereabouts, fans last spotted him publicly in Los Angeles with his mother in March 2020. At the time, the mother-son duo attended the National Women’s History Museum’s 8th Annual Women Making History Awards at Skirball Cultural Center.

Shawn Mendes on Getting to Play Role of Gay Teen in ‘Love, Simon’