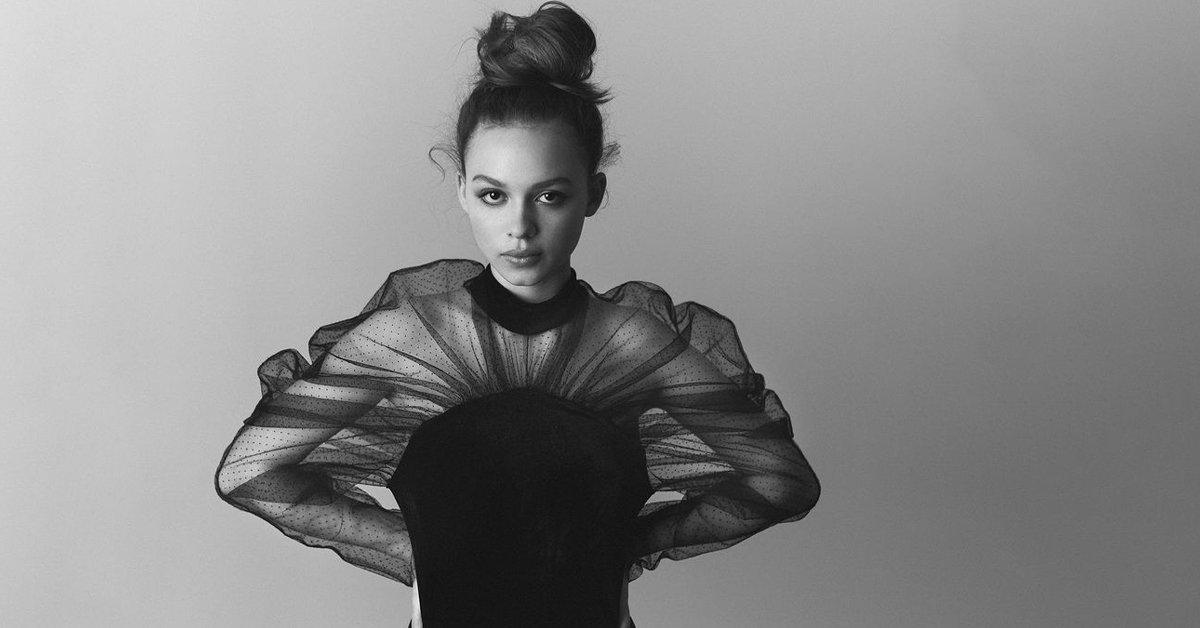 Sadie Soverall is an uprising English actress who appears in Netflix’s new fantasy action series Fate: The Winx Saga—the show premiered on January 22, 2021. In the series, Soverall plays one of the lead characters of Beatrix, a fairy of the air.

The series is an adaptation of Nickelodeon’s 2004 show, Winx Club. It follows the character of Bloom (here played by actress Abigail Cowen) who adjusts to life in the Otherworld, where she must learn to control her dangerous magical powers. In the show, Sadie appears alongside other actors that include Hannah Van Der Westhuysen, Elisha Applebaum, Precious Mustapha, Freddie Thorp, and Danny Griffin amongst many.

Hailing from the suburbs of Wandsworth, South West London, England, the very talented actress was born in 2002 and celebrates her birthday on the 17th of January every year. Also, she goes by the real/full/birth name of Sadie Aileen Soverall.

As for her family life details, the actress is yet to give an insight into it. As a result of it, the details of her parents are not known. Nonetheless, it is known that she has a sibling, a sister named Erica Ford. The two sisters were seen posing alongside each other, in London, on Sadie’s Instagram post of May 13, 2019.

Likewise, it is also known that she attended Parkgate House School for her early education. Thereafter, for her acting studies, she enrolled at Emanuel School and graduated in 2020.

Moreover, the actress stands at an average height of 5 feet 5 inches (1.65 meters). Furthermore, her zodiac sign is Capricorn, her hair color is Auburn, and her eye color is Brown.

The uprising British talent is an avid social media user and is often seen flaunting pictures through her Instagram handle. On the social media platform, she goes by the username of @sadiesoverall, and as of late January 2021, she has managed to gain over 177 thousand followers.

The actress joined Instagram on September 10, 2017, and since then, she has been using the platform for sharing her pictures of herself and pictures alongside her friends and co-stars. Also, she takes the chance to give information about her upcoming movies and TV shows.

For instance, on February 18, 2018, she shared a picture from her vacation, in which she was seen relishing her time at Railay Beach, Thailand. Also, on July 12, 2019, she shared some amazing pictures of herself posing at Hayward Gallery at Southbank Centre.

Likewise, on September 17, 2019, she flaunted a group selfie that included her co-stars of Fate: The Winx Saga, in which they were seen in Dublin, Ireland for the filming of the series.

But, apart from that, Sadie also uses the platform for good cause. One fine example of it was seen in mid-2020 when she took to Instagram to raise her voice for the Black Lives Matters movement.

The young English actress’ journey in the entertainment field is very short. Nevertheless, she has managed to surprise everyone through her amazing performance in every movie/TV show she has played.

Sadie made her acting debut just two years ago, in 2019, when she portrayed the role of Eva in the movie entitled Rose Plays Julie. But, following her debut, she took a break from acting to focus more on her acting studies.

After a long break that lasted almost two years, she made her return with a big band. On January 22, 2021, Soverall made her debut in the television sector as she appeared in Netflix’s TV series Fate: The Winx Saga. In the six-part action-fantasy series, the English actress portrays one of the lead antagonist characters of Beatrix, a fairy of the air.

As the show was released less than a week ago, she is currently enjoying all of the positive feedbacks that she and her fellow co-stars are receiving for their performance in Fate: The Winx Saga.

With that said, it must be certain that she has managed to accumulate a healthy amount of net worth from her two major appearances. However, as a rising actress, who like to keep secrets, she is yet to disclose her earnings.