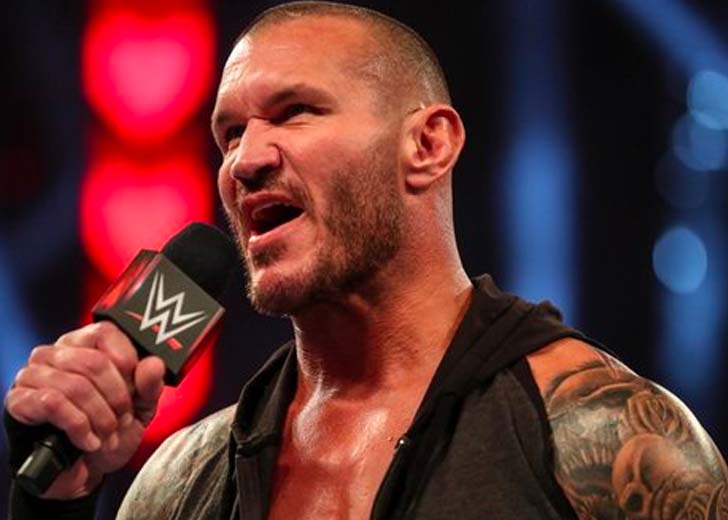 See what Randy Orton had to say!

Randy Orton might be the Apex Predator and the Legend Killer inside the WWE ring, but when he isn’t wrestling, he is an amazing man who loves his family.

And the same outside-the-ring gesture was seen recently when he poured in some heartwarming words for his eldest daughter, Alanna Marie Orton, before her AAU Girls National Volleyball Championship match.

On Saturday, June 18, 2022, Randy took to his Instagram handle to share a group picture of his daughter’s volleyball team. In the caption, he first pointed out where his daughter was in the photo — saying she is the one in the back row and third from right.

He wrote, “My daughter Alanna and her team, @crossfirevbc are at the AAU Girls National Volleyball Championships in Orlando, Florida. She is a beast on the court.”

The 14-time WWE Champion continued by stating that his daughter is built like him, is long and lean, but she blows him away when it came to “athleticism when I was a kid.” “She’s going to be scary on the volleyball court.”

Randy continued, “but will continue to be the most considerate, thoughtful, caring human being I know. She gets near-perfect grades, babysits in her off time, makes sure everyone else is happy before thinking about herself, and is a pleasure to be around no matter the circumstances.”

After that, he wrote that he couldn’t ask for a kinder and more beautiful teenage daughter to be so incredibly proud of. He then wished his daughter the best of luck and wrote, “Alanna, this weekend is yours; I can feel it!”

“But no matter the end result for your team, seeing you grow as a teammate and as a young woman while making all these memories is just the absolute best thing a father could witness!” he added.

In the end, Randy told his daughter to make it home safe no matter the result so they could have a fantastic father-daughter time during the summer in the pool. “I love you, Al, and GOOD LUCK!!!” he concluded his caption.

Furthermore, he also thanked his daughter’s coaches for their hard work. He wrote, “I’d like to thank Alannas Coaches Mike Sanders, Steve Guckes, Ryan Streck, and Allison O’brian for getting her and her team ready for Nationals!”

Randy welcomed his daughter, Alanna, with his first wife, Samantha Speno, on July 12, 2008. And speaking of Randy and Speno, they got married on September 21, 2007, and around five years later, in late 2012, they decided to end things due to Randy’s busy WWE career.

Their divorce was finalized in June 2013, and the custody of Alanna was handed to Speno. But, despite their split, the couple would work together to co-parent their daughter and give her the absolute best they could.

Both Randy and Speno have also kept a good bond. Besides, during Randy’s birthday in 2016, Speno had shared a heartwarming Facebook post sending love and well-wishes for her ex-husband.

Likewise, Randy has maintained a healthy relationship with his first child and could be seen spending time with her. He also takes her on vacation, and it seems like Alanna has also bonded well with her father’s new family.

Speaking of Randy’s new family, he is currently married to his girlfriend turned wife, Kimberly Kessler — they got married on November 14, 2015. Randy and Kessler have one biological child, a daughter named Brooklyn Rose Orton (b. November 23, 2016).

Furthermore, Randy is a stepfather to three children — all sons — from Kessler’s former relationship. To conclude, the professional wrestler has five children: two biological daughters and three stepsons. As of now, the Orton family resides in St. Charles, Missouri.

Emilia Clarke Yet To Have Husband: Here's Her Dating History