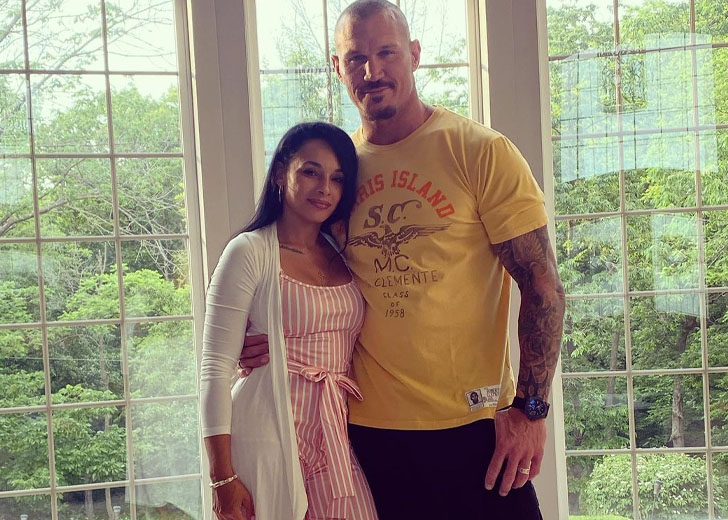 Here is what happened on their first date.

Coming to his personal life, the wrestler has been married to his wife Kimberly Marie Kessler Orton since November 2015, and is also the proud father of three [two biological and three half] children.

He is among the WWE wrestlers who chose to date someone outside the wrestling industry. He, on the other hand, does not keep his wife and kids away from the public eye, too. Kimberly and the pair’s children frequently attend WWE programs.

The wrestler’s wife, a socialite born in New York City, revealed the story of her first interaction with Orton on the first episode of The Wives of Wrestling Podcast in February 2022.

She said that she had a false picture of what wrestlers were like before meeting Orton. She assumed that wrestlers were the type to spend the night on the road with their fans. Her husband, she believed, would be just what she expected him to be.

Despite her doubts, Kessler went to meet her husband at the dinner where he invited her. She boarded his bus, and the two had a deep conversation about their kids.

Sometime later Kimberly felt that Randy was nervous, as he felt pressured to be like his character. But he felt vulnerable like everyone else, and this realization led to the couple’s first kiss.

Before the kiss, the wrestler pushed his wife’s hair behind her ear, to his wife’s surprise, and asked for her permission to kiss her. Kimberly was then impressed by Randy’s gentleness and felt she was wrong about him.

In another instance, she appeared in an episode of the Table for 3 and revealed that she met Randy for the first time during a live show in her hometown in New York.

After the show, the two began dating and got married in Las Vegas, Nevada, on November 14, 2015.

It’s believed that from late 2012 forward, Randy began dating his wife Kimberly, who is also known as Kim. He reportedly proposed to her while they were on vacation in Bora Bora. The couple later married in Las Vegas, Nevada.

Kimberly’s children from a previous marriage now reside with them. Randy is well-known for being connected to all of them, as seen by the fact that they frequently share photos and videos on social media. Aside from social media appearances, the two are always seen together at WWE events and on red carpets.

Randy and his wife Kim’s love story is the perfect explanation for those who thought Kim was a gold digger when the couple first started dating.