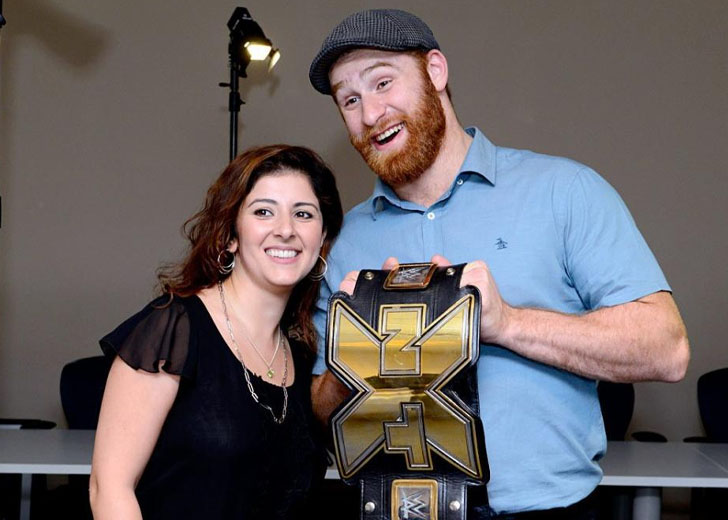 WWE wrestler has always kept his personal life away from his spotlight.

Rami Sebei, better known under his ring name of Sami Zayn, is a talented Canadian professional wrestler who is currently signed with World Wrestling Entertainment, Inc. (WWE), under its SmackDown brand.

And as a public figure, it’s difficult for many to keep things private. But it doesn’t seem that hard for Zayn, who has been keeping his personal life matters away from his limelight since the start.

Sami Zayn is a married man with kids

As mentioned earlier, Zayn is a very private person who likes to keep his romantic life matters away from the sight of media and the public.

Hence, it’s only known that he is a married man who shares a child – reportedly a daughter – with his wife. Although it’s unknown what his wife’s name is, she reportedly goes by the name of Deeja.

Additionally, in one segment of WWE’s Talking Smack – which airs right after SmackDown ends – of September 26, 2020, fellow wrestler A.J. Styles had made fun of Zayn by saying he was out of shape and shouldn’t be in a match.

Styles then blamed Zayn’s unfitness because Zayn had just become a new father; he hadn’t been training well and just took care of his wife. Right after that, Joseph Parks – a WWE producer – added that Zayn also rubs his wife’s feet.

Besides that, not much is known about the former Intercontinental Champion’s love life. He neither talks much about them during his interviews nor shares any pictures with his wife and kid on his social media handles.

Nonetheless, considering his privacy around his personal life and the said Talking Smack segment, it could be said that he is a loving husband and a father who cares about his family.

On December 21, 2018, Zayn sat down on the Talk is Jericho podcast with now-former WWE wrestler Chris Jericho and talked about different things. The episode was titled ‘The Mental State of Sami Zayn.’

One of the conversations they had was maintaining privacy on social media. Zayn went on and mentioned that he still wanted to maintain a certain level of privacy on his social media handles such as Twitter and Instagram.

He also talked about how he maintained privacy over his own life during his time as a wrestler on the independent wrestling scene. At that time, he went by the name of El Generico and wore a mask not to reveal his identity.

Similarly, he said that he draws a line when it comes to fan access to his personal life either on social media or in public. As the two went on, they also discussed social media’s positive and negative sides.

Going by his statements on the podcast of 2018, it seems like Zayn has successfully maintained privacy over most of the things of his life – to this date. And it doesn’t look like he will be cutting off that privacy anytime soon, which we can respect.