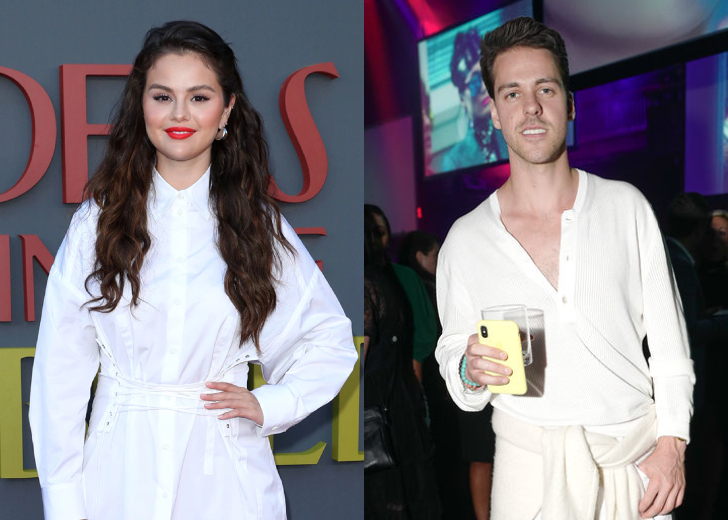 Selena Gomez has sparked dating rumors after quite some time living a lowkey life.

Gomez’s last publicly known relationship was with Justin Bieber and Weeknd. However, since then, she has been linked to many other men, including Niall Horan, Chris Evans, and Andrea Iervolino.

However, they were never confirmed. Now, netizens believe she is dating Nicola Peltz’s brother, Bradley Peltz.

The two have been hanging out quite often nowadays, leading people to believe that Gomez’s new boyfriend is Bradley.

Gomez is good friends with Nicola and her husband, Brooklyn Beckham. The three are very close and are often seen together.

They celebrated Thanksgiving in 2022 together, and for New Year’s Eve 2023, the trio went on a vacation to a tropical island. The singer, in fact, jokes how she is forever a plus one to the pair and calls the trio a “throuple.”

Since Gomez is close with the newlyweds, it is no surprise that she often hangs out with them. Sometimes, they are joined by their other friends and family, which includes Nicola’s brother, Bradley.

The rumors of Gomez dating Bradley started from Thanksgiving. Beckham and Gomez shared a video of their “Friendsgiving” on social media, where they enjoy their lives to the fullest with their near and dear ones.

Beckham can be seen making fish and chips in the kitchen and is joined by his wife, Gomez, Bradley, and podcast host, Raquelle Stevens. Since that day, many have believed that Bradley is Gomez’s new boyfriend, and that’s why the singer hangs out with Nicola.

However, it is unknown if they are dating or in a relationship. Neither Gomez nor Bradley have spoken up about it.

As a result, Bradley being Gomez’s boyfriend is pure speculation.

Similarly, DeuxMoi has also denied the claims. DeuxMoi is an Instagram that posts news and updates about celebrities that they receive from anonymous sources.

DeuxMoi was asked if Gomez and Bradley were together, to which the account said no. They heard that the pair were not dating from someone close to Bradley, who claimed he was not her type.

Furthermore, DeuxMoi admitted that the information was a conjecture, but the anonymous source provided a convincing argument about the two not being in a relationship.

Selena Gomez is open to dating

It seems like Gomez is single at the moment. This is because, in December 2022, a source told Entertainment Tonight exclusively that she is optimistic about her love life in 2023.

The source said, “Selena is feeling positive and optimistic. She is open to dating.”

Gomez’s first known relationship was with Nick Jonas. She then dated Taylor Lautner.

They met when she was filming Ramona and Beezus, and he was filming Twilight: New Moon. From December 2010 to April 2014, she dated Bieber.

It was her most public relationship, and even if the pair are not together anymore, they are considered couple goals. The two then dated on and off till 2018, and their relationship ended for good after Bieber married his wife, Hailey Baldwin.

The singer allegedly dated Zedd and Horan in 2015 and Samuel Krost, Charlie Puth, and Orlando Bloom in 2016. In 2017, she dated Weeknd.

Alex Warren and Girlfriend Kouvr Annon Are Engaged — Inside Their Relationship