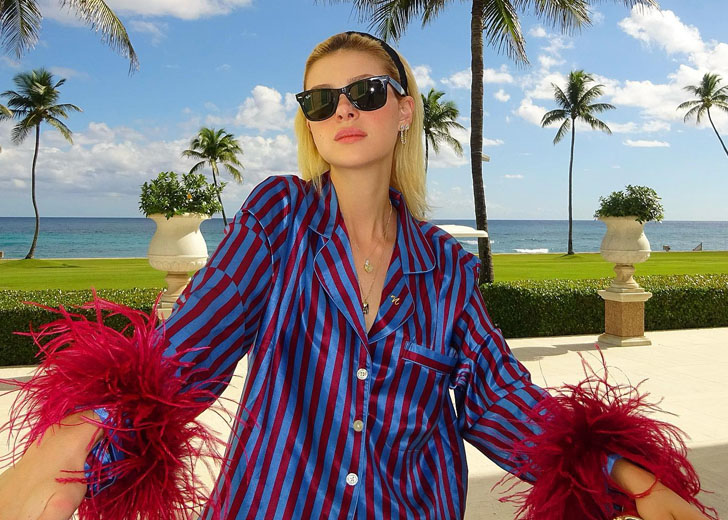 Nicola Peltz and Brooklyn Beckham married on Saturday, April 9, in a star-studded ceremony at the Peltz family’s $103 million estates in Palm Beach, Florida.

According to the Daily Mail, the wedding cost $4 million and took place inside a big tent with a stage and abundant floral garlands. The tent was set up on the mansion’s beachfront lawn, creating a lovely natural atmosphere.

The pair was accompanied on stage by six groomsmen and six bridesmaids on each side, and they opted to have a Jewish wedding, although it took place before sundown and the end of the sabbath.

Peltz’s family, like David Beckham’s maternal grandfather, is Jewish. Beckham smashed a glass in a napkin under the chuppah, and the couple kissed in front of their friends and family after receiving a blessing from their rabbi.

Beckham’s brothers Romeo and Cruz were in the wedding party, as was his 10-year-old sister Harper wearing a white dress with a dark sash at the waist and a flower crown. During the ceremony, Beckham’s father, David Beckham, read one of the blessings.

Subsequently, guests were treated to an elegant cocktail reception hosted by famous chef Thierry Isambert. Mel C of the Spice Girls, Eva Longoria, Rachel Zoe, Serena Williams, and Gordon Ramsay were among the other notable guests.

Furthermore, an estimated 300 guests were in attendance, and lines of limos and fancy cars gathered around the estate’s main door as they arrived to join the festivities. Palm Beach police were directing traffic.

“It’s a nice event, not too big, and it will be a black-tie. There is heavy security, and the hundreds of guests have been asked not to share pictures of the bride and groom as they have an exclusive arrangement with Vogue, who will put pictures up on their website,” a source told the Daily Mail.

“Many of the guests are bringing their hair and make-up artists – it’s that kind of event,” they added.

How much is Nicola Peltz’s net worth?

Peltz is an American heiress and successful actress whose estimated net worth is $50 million. She is widely known for her portrayal of Tessa Yeager in Transformers: Age of Extinction and Bradley Martin in the A&E drama series Bates Motel.

On January 9, 1995, Peltz was born in Westchester County, New York. She grew up in a wealthy family.

Nelson Peltz, an American billionaire investor, is her father. Claudia Heffner, her mother, is a former fashion model. Nelson has a net worth of more than $1.8 billion, thanks to some incredibly successful business investments, notably Snapple.

Actress Peltz started her career as a model when she was still a child, then moved on to acting. Her professional on-camera and theater careers began at the same time.

Peltz made her movie debut in the festive comedy Deck the Halls (2006), in which she starred alongside Danny DeVito in the character of Mackenzie.

She also appeared in the music video for Miley Cyrus’ song 7 Things, released in 2008, and in the fantasy film The Last Airbender (2010), where she portrayed Katara.

Furthermore, the diva is most recognized for her lead role in the drama-thriller series Bates Motel, a prequel to the film Psycho (1960).

Peltz played the lead actor’s love interest but departed the cast during the second season, though she returned for a few episodes during the third season.

When did Brooklyn Beckham and Nicola Peltz meet?

Beckham and Peltz’s relationship has been a whirlwind baptism of fire. The couple was brought together in lockdown due to the COVID-19 outbreak and survived under conditions that would have led many other couples to break up.

But, while their relationship started in 2019, they actually met in 2017 — Beckham revealed during an Instagram Q&A with followers that they met for the first time at the Coachella music festival in California that year.

When the two bumped into each other at a party in October 2019, the sparks of romance swiftly turned into a flame of desire between them.

The duo got engaged in July 2020, and they made their relationship public for the first time in January 2020.