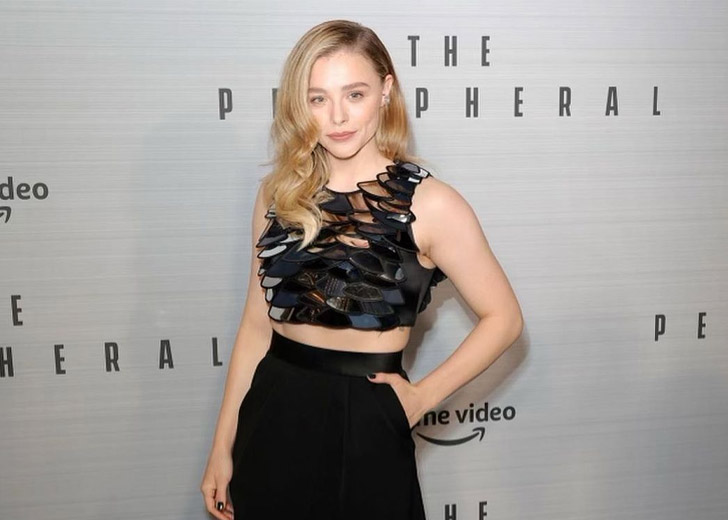 Chloë Grace Moretz once dated Brooklyn Beckham — Who is she dating now?

Chloë Grace Moretz is an American actress best known for her roles as Hit-Girl in the superhero film Kick-Ass and as a child vampire in the horror film Let Me In. She also gained fame for her appearances in My Friends Tigger & Pooh, If I Stay, Brain on Fire, and Gaslight.

She recently appeared in Mother Android, a Hulu original film that premiered on the network on December 17, 2021. In addition, she is a part of the Amazon Prime series The Peripheral. According to her Instagram, she spent six months working with a fantastic cast and crew to bring the first season to life.

In her acting career, Moretz has been involved in romantic scenarios while playing various characters. But what do we know of her off-screen dating life? Let’s find out!

Fans of Moretz are aware that the actress is yet to get married to a husband. But does she have a boyfriend with whom she might share the wedding vows in the future? Well, it seems that isn’t the case, as she isn’t dating a boyfriend as of this writing.

There have been no reports or anything on her social media suggesting that she currently has a partner. Looking at Moretz’s Instagram profile, she has only posted several photos with her friends or related to her work, with no signs of a possible boyfriend.

However, it might be possible that she is dating someone and keeping the details up to herself, which isn’t uncommon among Hollywood stars. But until anything is proven, it’s only fair to assume that her present relationship status is single.

If that’s the case, it looks like Moretz is happy with her present life, as suggested by her Instagram feed. Her Instagram handle shows that she’s living a good life by going on camping trips, spending quality time with her dog, and having social outings with her friends.

Furthermore, she might be focusing more on her acting career, considering she has three acting projects lined up. All of those projects are films that are currently titled Nimona, White Night, and Love Is a Gun, respectively.

Although Moretz might be single now, she has been in a couple of relationships in the past. Among them, her romance with Brooklyn Beckham, the son of former footballer David Beckham, gained the most spotlight.

Moretz and Beckham first met at Paris Fashion Week in 2014, and the romance rumors immediately kicked off. Moretz was 17 at the time, while Beckham was 15. Their courtship was confirmed later, and it was also reported that Beckham broke up with his then-girlfriend, the daughter of Ladies of London star Julie Montagu, to date Moretz.

However, their bond wasn’t strong enough, as the couple used to break up and reconcile things. And things went downhill for the last time in April 2018 as they parted ways for good. Their split was confirmed after Beckham was photographed kissing Playboy model Lexi Wood.

Shortly after their breakup, Moretz sat down for an interview with the Sunday Times and admitted breakups are hard across the board.

In the same interview, Moretz hinted that she’d keep future romances private. She said, “I had many moments when I thought, ‘Why can’t I just say this?’ Why can’t I be in the street with this person without being photographed?”

“There is no real answer to that except that you simply cannot. That’s my life, but hopefully I’ll be able to control every last bit of it,” she added.

Following her split with Beckham, Moretz was photographed spending time with model Kate Harrison in December 2018. The two were spotted on a dinner date in Malibu and reportedly shared a kiss before heading to Soho House, where they were again getting intimate.

The rumored couple again became headlines after being spotted together in Mexico in March 2019. However, despite those instances, neither of them confirmed they were dating. And their romance rumors eventually faded after the two stopped hanging out.

Besides Harrison, Moretz has been romantically linked to multiple people in the past as well. She was first said to be dating Colin Ford in 2011. A year later, another rumor suggested she and Jansen Panettiere were an item.

In 2013, she was speculated to be dating Cameron Fuller. And the list doesn’t stop there, as Moretz was linked to Brazilian soccer player Neymar in 2016, Alex Roe in 2017, and Dylan O’Brien in August 2018. However, all of these rumors were never confirmed.