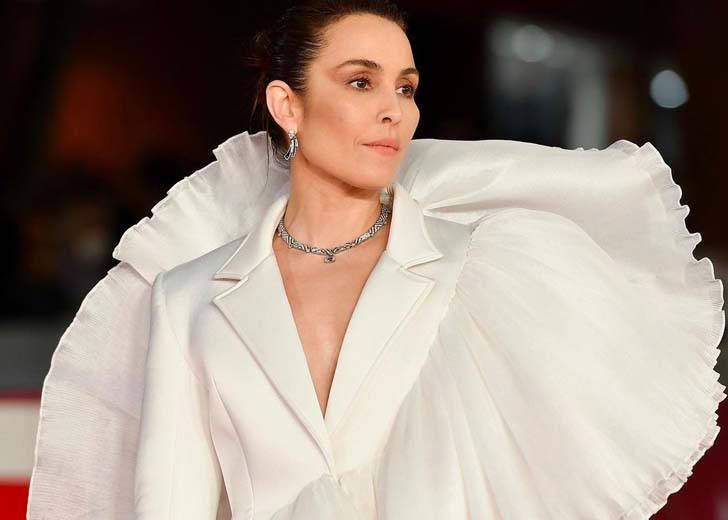 Noomi Rapace is in love again!

Noomi Rapace, over the past decade, has won millions of hearts with her outstanding performance. However, while she was winning hearts, her own heart was breaking due to a difficult divorce.

She has starred in renowned movies like Sherlock Holmes: A Game of Shadows, Prometheus, Lamb, and many more. Rapace is from Sweden, and she has earned her way to Hollywood purely with dedication. Moreover, she performs most of her stunts in action movies herself.

Such a dedicated person was suffering for a while with heartbreak and hurt. When Noomi and Ola, her ex-husband, separated ways, she was having a harder time than anyone imagined.

After a decade-long marriage, Noomi and Ola decided to get a divorce and go separate ways. During their marriage, the couple had a beautiful son named Lev Rapace in 2003. After the divorce, they co-parented to raise him.

The former couple had changed both their surnames to Rapace, meaning “bird of prey” in Italian and French, because they thought it sounded “cool.” They were both not satisfied with their former surnames which encouraged them to change. Before this, Noomi’s surname was Norén.

This might be the reason why she or Ola hasn’t changed back her surname after the divorce.

However, at the time, the Swedish star was in the making of Sherlock Holmes, and Prometheus. Regarding that, she stated that she could see her frustration during the movie in her eyes and the way she talked. She believed her life at the time was “chaotic.”

She stateed that rewatching Sherlock Holmes reminds her of the difficult time.

If I watch that now I can see I was in the middle of my divorce. I can see it in my face, hear it in my voice. I can see my chest is locked. I can see that was a day where we had a big argument that morning, or I hadn’t slept the entire night.

Certainly, she overcame that pain and moved on to eventually heal from it. The fabulous actress succeeded in her every movie and achieved her career goals. She also became physically stronger with stunt practices.

Rapace is currently in a happy relationship with her boyfriend Victor Thell. This news was confirmed by Thell on Mix Mega pool. Although he opened up a bit about the relationship, the rising sensation refused to provide any more details.

One thing is for sure; Victor confirmed that he is in love with Rapace, and the feelings are likely reciprocated. After a difficult time with divorce, she eventually found happiness with her beloved Victor Thell.

The lovely couple made a public appearance during the premiere of her movie Lamb in 2021. Undoubtedly, the love birds looked as happy as ever as Noomi kept smiling and blushing, indicating her happiness.

Noomi Rapace gave birth to a beautiful baby boy in 2003 with her ex-husband Ola Rapace. They named him Lev Rapace, who is now a 19-year-old boy.

However, Lev doesn’t like to be in the limelight, so we often see him only with his mother during events.