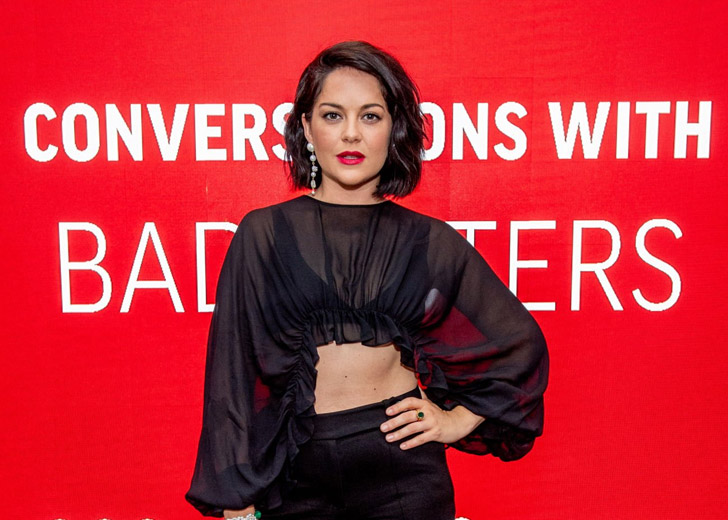 Sarah Greene has won the hearts of many through her acting, but has anyone stolen her heart?

Irish actress and singer Sarah Greene has received praise for her performance as Helen McCormick in the West End and Broadway productions of The Cripple of Inishmaan. As time moved forward, she stepped toward the television and big screens.

She made her debut in the entertainment industry through television, playing a minor role in Bachelors Walk Christmas Special. Afterward, she appeared in Psych Ward, Vikings, and The Assets. In 2015, she played the role of Hecate Poole in Penny Dreadful, which brought her into the limelight.

Following that, she appeared in movies and TV shows, such as Rebellion, The Bunker, Ransom, Rosie, Dublin Murders, Normal People, and Frank of Ireland. Greene’s most recent acting project was as Bibi Garvey in Bad Sisters, which aired on Apple TV+ on August 19, 2022.

Due to her recent and upcoming gigs, people have been invested in learning more about her, especially her personal life. And as the actress is yet to get married to a husband, netizens wonder if she is dating a boyfriend. Keep reading to find all the answers!

Is Sarah Greene dating a boyfriend?

Now that the answer to “Is Sarah Greene married?” is answered let’s see if she has a partner. And as it turns out, she does have someone special in her life.

However, as The Guard actress is private about her love life, she is yet to spill out the details about her boyfriend. As of this writing, she hasn’t disclosed her partner’s name or what he looks like, except that he is a musician and a native of Northern Ireland.

This disclosure came during Greene’s October 2019 interview with Belfast Telegraph. She first mentioned that she and her boyfriend recently discussed where they would be residing when they welcome kids.

“He’s from Northern Ireland, so he really wants us based there, whereas I’d rather Dublin. It’s such a tight-knit acting community in Dublin. Everyone knows everyone because we’ve all worked in theatre,” she added.

The couple’s discussion about welcoming children soon became a reality when Greene secretly welcomed a baby boy during the pandemic. As per The Sun, she was pregnant during the filming of Frank Of Ireland and gave birth in January 2021.

In her interview with iNews, the actress said she was around five months pregnant in September 2020. “That last week was a bit of a blur. I remember waddling off set at the end of one day and Domhnall going, ‘Oh my God, you are SO pregnant,'” she said about filming Frank Of Ireland during her pregnancy.

“The costume girls did a fantastic job of widening the dresses, because I was huge. I was just relieved we got to finish it, to be honest,” Greene added.

In the same interview, the Glanmire native actress mentioned that 2021 was “life-changing” for her and her boyfriend, even though they couldn’t see their family members for months. She said, “We’ve had lovely bonding time, the three of us getting to know each other, but I can’t wait to show [our son] off a bit now.”

Sarah Greene holding her son while using a sticker to hide his face (Photo: Instagram)

Apart from this, there is no further information on Greene’s current relationship with her musician boyfriend. Furthermore, she is yet to reveal her baby’s face and name. And while she did post a photo with her baby boy on July 5, 2022, she hid her son’s face using a sticker.

The Irish actress previously dated Turner in 2010, after they initially met each other at Dublin’s Gaiety School of Acting in 2003. However, their togetherness wasn’t meant to last forever, as the two ended their relationship in 2015.

Speaking more of their relationship, they were typically low-key, making only a few public appearances. And even after their breakup, they decided not to engage in a verbal brawl or blame each other. However, Greene did claim that the misunderstandings about their relationship were the most problematic aspect.

In her interview with Image Magazine, she said, “No one likes that scrutiny or people thinking they know something about you and they’re just guessing – you know, reading a ‘source says’ and taking that as verbatim. I just ignore it now, though, and I did at the time.”

Later, in 2019, her interview with Belfast Telegraph suggested that the former couple is still on good terms. She said, “I’m always referred to as ‘Aidan’s ex-girlfriend.’ I love Aidan, and we’re really good friends, but no one would ever ask him about me.”

Greene has an estimated net worth of $1 million as of 2022. However, this figure isn’t official as her exact earnings and net worth are yet to be disclosed.

To speak a little about her acting career, she made her debut in 2006 and continued to play smaller roles until her breakthrough in the mid-2010s. Since then, she hasn’t turned back and has continued to take the necessary steps to strengthen her career.