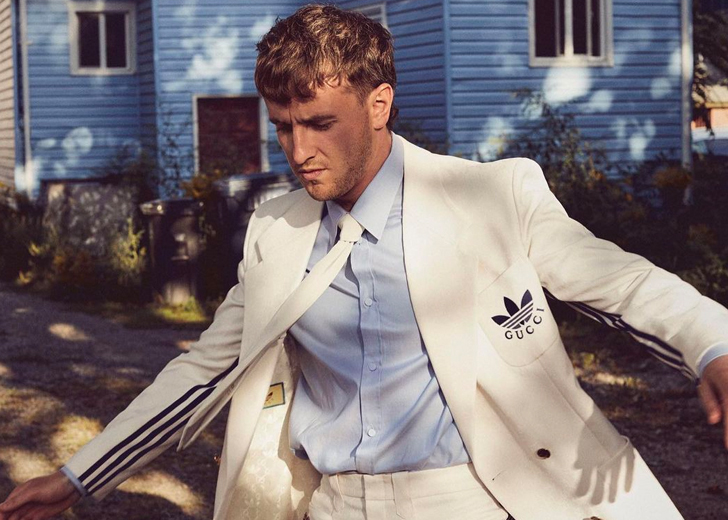 Inside Paul Mescal and his tattoos.

Paul Mescal has three tattoos inked on his body, and they hold significant value to him.

Mescal is a well-known Irish actor who graduated from The Lir Academy in 2017. He has since appeared in plays such as The Great Gatsby, Asking for It, and The Lieutenant of Inishmore in Dublin theaters.

However, his most prominent project to date is the adaptation of Normal People, written by Sally Rooney. He even received a British Academy Television Award as well as nominations for a Primetime Emmy Award and a Critics’ Choice Television Award for his starring role.

Normal People meant a lot to Mescal, and the actor paid a small tribute to the show by inking a tattoo on his body. Here is everything we know about Mescal and his tattoos.

Paul Mescal and his tattoos

On November 28, 2020, Mescal sat down with Jonathan Heaf from GQ and talked about many aspects of his life. One of them was his body art.

During the interview, Mescal showed Heaf how he knew how to play guitar. While he put his guitar back, the interviewer noticed a tattoo on the inside of his left elbow.

Heaf joked and asked the Aftersun actor if the tattoo was a sketch of a crop circle or a Mayan glyph. Mescal revealed that he recently got the body art, which “literally means nothing.”

He simply got it because he liked the design on it. However, his other two tattoos mean a lot to him.

He has a small swallow on the inside of his upper left arm. It is a simple line design of the bird that appears to be flying.

Talking about its size, it is around an inch and a half in length. Mescal revealed that his father inspired the tattoo.

He said, “My dad and I always used to go into the garden around March to spot the first swallows of the spring.” So, the ink of a Swallow reminds him of his father and home.

The actor’s third tattoo is related to Normal People. At first, Heaf confused it with Biro marks.

But Mescal clarified, “That’s a deer, a stag…” and added, “That, erm, has something to do with Normal People….” He did not clarify the reference, but Heaf did his own research.

He noted two references related to a deer or a stag in the book/series. The first was a pub called Stag’s Head in Dublin, where Connell goes with a visiting writer.

The second reference is that of a deer in Connell’s writing, which he sent to Marianne while she was studying in Sweden on Erasmus. Marianne was unhappy and distant from him and her past life in Dublin.

The letter mentioned seeing a deer while driving at night. He wrote, “To me it’s weird when animals pause, because they seem so intelligent, but maybe that’s because I associate pausing with thought. Deer are elegant anyway, I have to say. If you were an animal yourself, you could do worse than be a deer.”

Mescal’s co-star in Normal People, Daisy Edgar-Jones, appreciates his taste in tattoos. In an interview with Elle, she revealed that out of her recent co-stars, including Sebastian Sta, Andrew Garfield, and Mescal, she would let the latter tattoo her.

She said, “I think I’d let Paul. I think he’d have a very steady hand, and he’s got a lovely taste in tattoos.”

Who Is Finn Little? Know ‘Yellowstone’ Star’s Age, Parents, Height, and Net Worth

Everything about ‘House of the Dragon’ Star Ewan Mitchell — Age, Parents, Height, and More