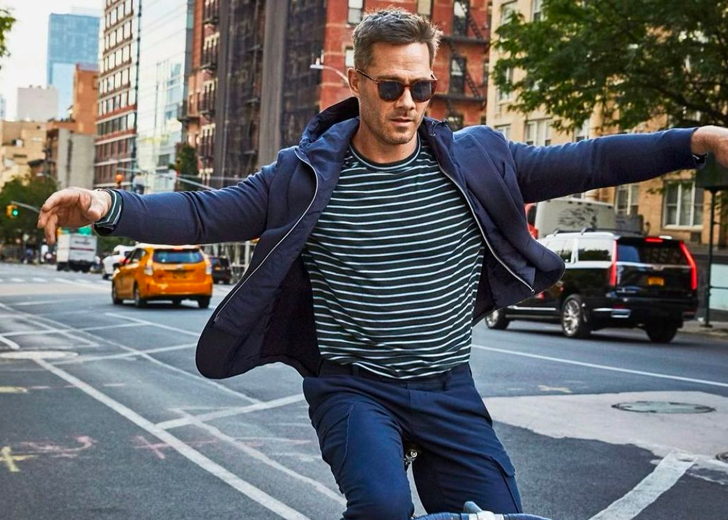 Luke Macfarlane is playing a gay love interest in the movie Bros.

Hallmark Channel is famous for its wholesome, feel-good programming. One of the many things the network has recognized is how it repeatedly casts its primary performers.

Luke Macfarlane is one of the channel’s all-time favorite starring actors. Although Macfarlane is thankful to Hallmark for all his major roles, he recently disclosed that he is likely quitting the network and will not appear in any new films after this year.

In an interview with the Los Angeles Times, Macfarlane said that he would most certainly be departing Hallmark. He’s filming Christmas Village, a new Christmas movie for the network, which was later changed to A magical Christmas Village. However, this will likely be his 14th and final project with the channel.

“They’ve been very good to me, but I think I’ve told my story for now with those folks,” Macfarlane told LA Times. “I mean, how many firefighters can I play?”

Luke Macfarlane is grateful to be a part of Hallmark

As stated in several interviews, he is happy for his time with Hallmark and values all the chances he has had.

Macfarlane told the Los Angeles Times, “One thing that I really enjoyed about making Hallmark movies is it’s really fun to flirt. It’s fun to play that energy on camera, where relationships are at their best in those early times. I guess Hallmark has given me a lot of flirting lessons.”

“Hallmark gave me jobs for a long time,” he told Yahoo in an interview. He expressed that they let him be the leading man, not simply the gay best friend. “I’m always going to be very grateful to them for that,” he continued in the interview.

In past years, Macfarlane inked a multi-picture agreement via Vanity Fair. After completing the deal, he will take a sabbatical from his regularly planned rom-com.

According to Vanity Fair, Macfarlane’s multi-movie deal will end this fall. The multi-picture contract was disclosed earlier this year, according to Deadline, and the statement did not specify how long the arrangement would run, just that it would cover many films.

Macfarlane co-starred in the gay rom-com Bros as Billy Eichner’s love interest, Aaron, a “straight-acting and -appearing” attorney with significant commitment concerns. He spends most of his screen time shirtless or in a T-shirt.

Macfarlane graduated from the Juilliard School and grew up in the little town of London, Ontario.

In an interview with a Canadian publication in 2008, he appeared gay. On the ABC family drama Brothers & Sisters, he played Matthew Rhys’ spouse at the time.

In Bros, Eichner and Macfarlane’s characters spend a lot of time on Grindr. Macfarlane admits to using a gay hookup website. “It’s very scary,” he said to Variety.

Macfarlane, being an openly gay man, said he is grateful for all his straight roles. He expressed, “I think Hallmark is also a place where, you know, they give lots of opportunities to people. They gave me, an openly gay actor, an opportunity to star as always a straight dude so that was really cool of them.”

Alison Sweeney's Net Worth and Status with Hallmark Revealed