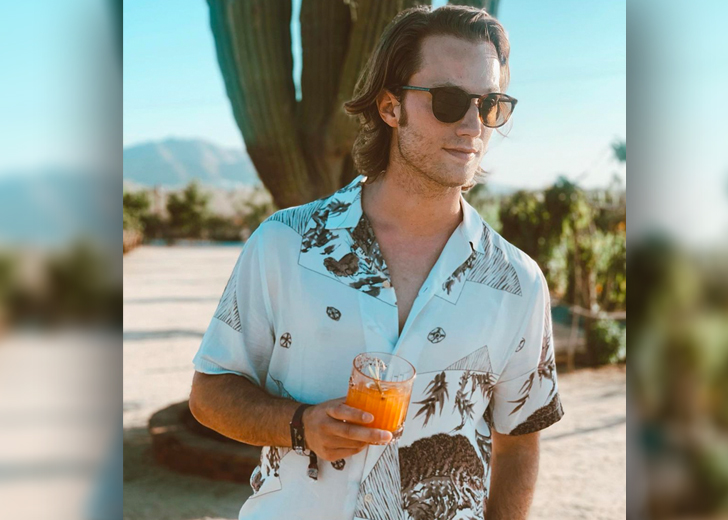 Jonathan Keltz said, “I maintain the accent while shooting the film from the start of the day till the end.”

Jonathan Keltz, an American actor, used to imitate a British accent when visiting his relatives, which later came in handy when he needed to portray any British character.

In an interview with Hallmark Channel, the American actor discussed about “talking with an accent.”

Speaking with a British accent, he said that from the beginning of the day till the finish of filming, he maintained the accent because that made him self-conscious about it.

The Prom actor said, “I want to feel relaxed and not thinking about it so that it’s something so that said habitual versus something that I have to actively work on.”

During an interview with the Starry Mag, the interviewer asked Keltz about how he got into the character of Nate, an English Prince in the movie Once Upon a Prince.

He revealed that he was already familiar with the accent as he had already played a British role in the historical romantic TV series called Reign.

Once Upon a Prince actor described, “Thankfully, I was already familiar with the accent. The accent was obviously something I had to practice with, but as you know on ‘Reign,’ I was never quite of royal lineage, so I got to play the other side on this one,” to the magazine.

The American actor also noted that the director of Once Upon a Prince, who was originally from England, helped him with the accent or caught him if he slipped.

His mother is German, while his father is of Polish Jewish ancestry. Keltz was brought up following his father’s Jewish faith. After emigrating to Canada with his family, the actor finished high school at the Northern Secondary School in Toronto, Ontario.

At 10, Keltz enrolled in acting school, and at 16, he started performing professionally. He resided in a Toronto flat that Keanu Reeves formerly owned. Currently, he lives in Los Angeles, California, while his parents reside in Toronto.

He was inspired to pursue acting by his first drama teacher, Victoria Silvestri, Kenneth Branagh’s performance in Hamlet, and a Master Class Workshop with Alan Arkin.

The talented actor made his television debut in 2004 when he landed the role of Nate in the Canadian teen drama series called Degrassi: The Next Generation.

In 2005, the 34-year-old actor made his film acting debut in Mayday, in which he portrayed the role of Dough Berry. The same year, he got an opportunity to play Valet in the movie Cake.

Keltz is known for his role as Jake Steinberg in the HBO series Entourage and Leith Bayard in the CW’s series Reign.

Some of his popular movies are American Pie Presents: Beta House, Prom, 21 & Over, White Night, and Cuban, and his television work includes Breakout Kings, The Listener, Leverage, Fairly Legal, Flashpoint, Murdoch Mysteries, and many more.

Who Is Finn Little? Know ‘Yellowstone’ Star’s Age, Parents, Height, and Net Worth