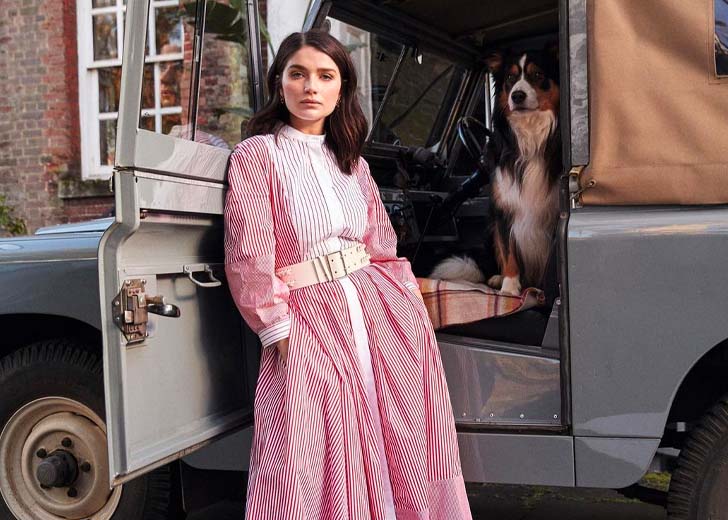 Eve Hewson was rumored to be dating Max Minghella.

Given her birthname, Memphis Eve Sunny Day, Iris Hewson, often recognized as Eve Hewson, is a renowned and exceptional Irish actress best known for her movies like Blood Ties (2013), Bridge of Spies (2015), and Robin Hood (2018).

She made her debut on the big screen in the drama film This Must Be the Place in 2011 and made her television debut in the drama series The Knick in 2014 as Nurse Lucy Elkins.

In 2021, she portrayed Adele in the Netflix drama Behind Her Eyes. Her professional life looks pretty promising, but what about the actress’s personal and dating life? Here, take a look.

Hewson was born in Dublin on July 7, 1991. She is a Christian of Irish descent. Her parents are activist Ali Hewson and U2 lead singer Paul David Hewson, who goes by the stage name Bono.

The actress attended the Dalkey School Project for a few years before transferring to St. Andrew’s College in Dublin to complete her high school education and certification.

She received her higher education at New York University in the United States, where she graduated on May 22, 2013. Despite her parents’ opposition, Hewson made her acting debut in 2005 alongside her sister Jordan in the short film Lost and Found.

In 2008, she made her feature-length debut in The 27 Club. She participated in the music video and short film for Irish band The Script’s song “For the First Time” in 2010.

Eve Hewson was rumored to be dating Max Minghella

Actress Hewson was rumored to be dating actor Max Minghella after they were seen together around New York City in 2015.

Despite her insistence that she was single, the Robin Hood actress was photographed getting close to The Social Network actor Max Minghella.

Hewson, whose father is one of the world’s most famous rockstars, has a lot in common with her rumored boyfriend, Minghella. His father, Anthony, is an Oscar-winning filmmaker, having directed films such as The Talented Mr. Ripley and The English Patient.

But neither of them ever confirmed their relationship, so it might only be a rumor.

Eve Hewson was in a long-term relationship for 4 years

She characterized herself as “dangerously single” in an interview with Town & Country magazine. “I don’t need a boyfriend. It’s so much fun being on your own,” she said.

Lafferty is an American actor, director, and producer. He is best recognized for his role as Nathan Scott in the adolescent drama television series One Tree Hill on The WB/CW.