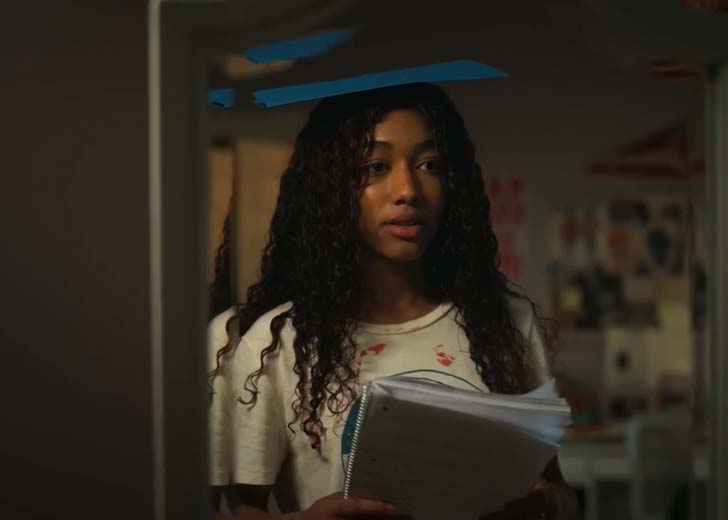 All about Iman Benson’s personal life and family.

Hailing from Atlanta, Iman Benson has been the talk of the town since she landed the lead role in Netflix’s The Midnight Club.

The actress confessed that her father significantly influenced her life and motivated her to pursue acting in an interview with the Glamour outlet last week.

Who are Iman Benson’s parents?

Benson was born on June 25, 2000, in Atlanta, Georgia, the U.S.A, to her parents Emmanuel Benson and her mother’s name is still unknown. She also has a younger sister Suhiallah.

On November 19, 2020, she wished her sister a happy birthday with a sweet message alongside a cute picture of them.

Benson wrote, “happy 19th birthday to my sister!!! i adore you like no other. i love me some scorpios the one with the strong exterior but smushy interior & a heart of gold.”

The actress was interested in the entertainment industry from a very young age. She wanted to pursue an acting profession when she was only nine.

In an interview with Glamour, The Midnight Club’s lead star said, “I was nine, believe it or not. I feel like that’s so early to decide what you’re doing in life.” She also mentioned that her father, who had a significant role in her life, was her inspiration for becoming an actress.

The American actress also noted that her father is a cinephile and is very obsessed with movies and used to go to the theater every Sunday and watch whatever was out. She highlighted, “that’s where developed my love and then one summer I wanted to try theater.”

Eventually, the star did theater for five straight years and began doing voice-overs and commercials. Then, Benson did television and fell in love with it at 14.

The #BlackAf actress also said to Harpers Bazaar that she did her first television show when she was about 15, and from there, she got hooked.

Iman Benson as Ilonka in Netflix’s ‘The Midnight Club’

Benson portrayed the role of Ilonka, a young person with cancer enrolled at Brightcliffe Hospice in the quest for a novel treatment.

Benson experienced anxiety and felt challenged by the scenario in which Ilonka learned she had cancer. She said, “I wanted it to be authentic and to do that justice. I was really anxious and nervous to film that,” to Glamour.

When questioned about how she produced that specific scene, the native of Atlanta replied, “No, I thought about how I would feel in that situation. My mother had thyroid cancer, so it was also a way to kind of honor her through that.”

She can be seen alongside Ruth Codd, Ilonka’s roommate, and Igby Rigney as Kevin with terminal leukemia. Annarah Cymone as Sandra, who has terminal cancer. Chris Sumpter played the role of Spencer, who has AIDS, and many more famous actors.

The story revolves around a group of eight close terminally ill teenagers who live in the Brightcliffe Home hospice run by a mysterious doctor. The youngsters meet at midnight every night to tell scary stories.

One night they make a pact that whoever dies first from their illness will be in charge of speaking to the others from the afterlife. When one of them passes away, strange things start to happen.