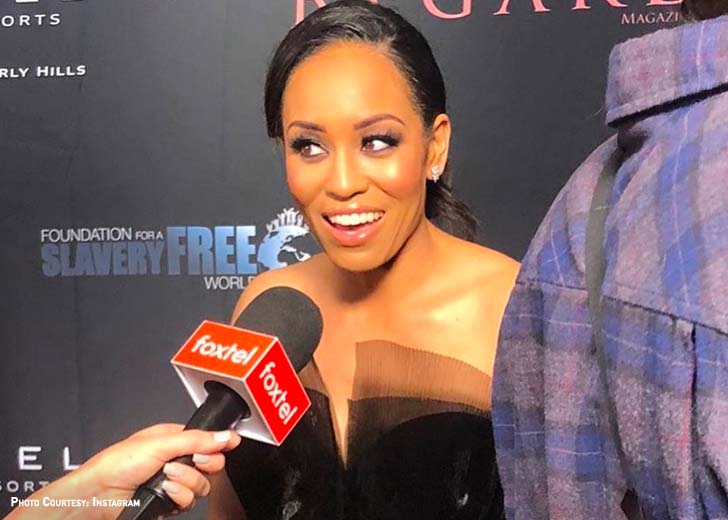 American actress Dawn-Lyen Gardner is yet to disclose anything about her marital status. She is engaged to a physician whose identity is not yet revealed.

It is currently unknown if Gardner and her fiancé are already married. A few years back, the pair were expecting their first child but suffered a miscarriage.

As a result, the couple might have postponed their wedding or might have broken up. Since then, Gardner has not discussed her romantic status and has not made any official announcements.

In early 2021, Gardner appeared on the talk show The Real and disclosed that she and her fiancé were expecting their first child last year, but she experienced a miscarriage.

Even though she found it somewhat challenging to talk about, Gardner believed it was essential for her to share her story with other women.

Her passion for assisting women who have experienced a miscarriage not feel alone was made clear when she opened up to the ladies of The Real about how challenging 2020 was for her personally.

The actress spoke more about the tragic loss she and her future husband went through last year in an interview with People on March 2, 2021.

She stated, “I was so filled with joy,” and expressed that she had already begun planning and was even using a name.

Gardner’s doctor was unable to locate her baby’s heartbeat when she went in for her three-month checkup. She told People, “When the doctor told me he couldn’t hear my baby’s heartbeat, my world stopped.”

The Queen Sugar actress also noted that she and her fiancé were devastated.

Did Dawn-Lyen Gardner and her fiancé exchange vows?

Whether Gardner and her fiancé have already wed is unknown at this time. Like many others, the COVID-19 outbreak likely forced the couple to postpone the wedding.

They might or might not be married, as Gardner is rather private about her love life. She also has not hinted to her fans about her marriage or when the wedding might take place.

The Los Angeles native has not disclosed her fiancé’s identity to the public. Because her future spouse is a doctor specializing in end-of-life care, Gardner did not mention his name on The Real or in her interview out of respect for the patient’s privacy.

When the trailer first surfaced, Variety reported that Gardner would not appear in all 13 episodes of the final season as a series regular.

They noted that at the conclusion of Season 6, the character made her reconciliation with her estranged husband, Davis West, played by Timon Kyle Durrett, more official by accepting his remarriage proposal and making plans to return to Los Angeles.

Before the release of the season premiere, Gardner via Instagram clarified her absence from the show’s final production.

She captioned her post, “I will always cherish portraying the woman I’ve poured my heart into for six years, known to the world as Charley Bordelon — as well as the opportunity to work alongside so many incredible artists.”

After Gardner’s announcement, Gardner’s Queen Sugar family stepped in with their support for the actor in the comments area.

Is Laura Donnelly Married? Inside ‘The Nevers’ Star’s Personal Life