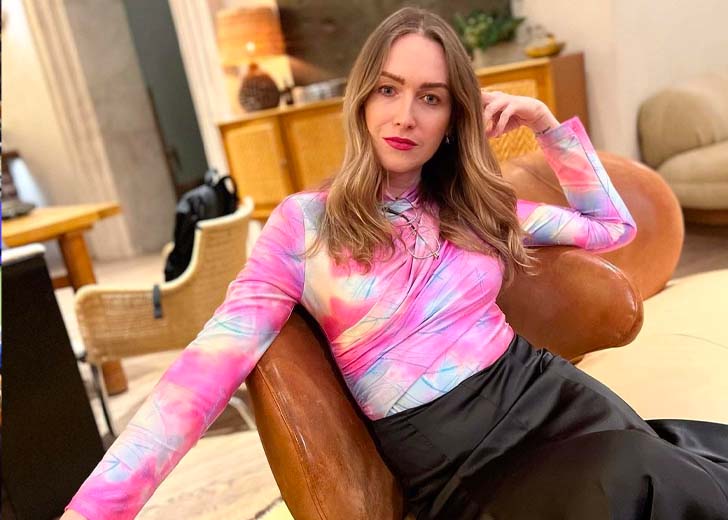 All about Jamie Clayton’s personal life and her relationship with Keanu Reeves.

Jamie Clayton is an American actress and model who was rumored to be dating Canadian actor Keanu Reeves.

In 2015, the actress was apparently witnessed sharing an intimate moment with the Point Break actor. In mid-2015, the two allegedly went on a date to the Chateau Marmont.

Even though there were few specifics about Reeves and Clayton’s relationship, there were several media rumors.

The San Diego native Clayton is an American transgender actress best known for starring as Nomi Marks in the Netflix’s series Sense8 and Pinhead in the 2022 movie Hellraiser.

The actress was raised as a boy and was a boy her entire life until she underwent the surgery that made her a stunning woman.

The Hellraiser actress went under the knife in 2003 during her vacation with her family outside Tuscan. There, Dr. Toby Meltzer performed a compilation operation on her, which cost her $16 thousand, and the surgery was six hours long.

Since then, Clayton has adopted the pronouns she and her. She has started speaking out for those who are reluctant to disclose their sexual identities and orientations.

Unlike many other celebrities of her kind, the transgender actress has always been adamant about being who she is. In the same vein as transgender filmmakers like Lana Wachowski, Clayton recognized her role as Marks in Sense8 as an excellent opportunity to reveal her true identity.

During the show’s panel at the Television Critics Association’s summer press tour in Beverly Hills, she noted, “Playing a trans-character on a show being shepherded by Lana Wachowski, I knew I would be protected and represented in a way that trans people have never been represented before on TV.”

Sweets, I’m trans. I’m so proud of that. Any character on any show you want to be trans, is. It’s art. Interpret it how you wish. And let me play roles outside of my identity. Like all cis actors get to. Also, I’m not a writer on the show. I don’t have the power y’all think I do. https://t.co/J58dlT6kLE

A few months back, she took to her Twitter and expressed that she has always been proud of who she is. She wrote, “Sweets, I’m trans. I’m so proud of that. Any character on any show you want to be trans, is. It’s art. Interpret it how you wish.”

She has been unwavering in her advocacy and support for the LGBTQ community, providing a tremendous source of inspiration for lesbians, gays, and transgender people who are unsure about their identities.

Clayton is a somewhat quiet person. Therefore not much is known about her dating life. However, according to rumors, she allegedly dated Reeves for a short time a few years ago.

After meeting on the set of the movie The Neon Demon, the couple allegedly began dating in 2015. Although information about Reeves and Clayton’s relationship was limited, there were numerous rumors spreading in the media.

Before hopping into her car, the actress was allegedly caught kissing The Matrix’s star close to his motorcycle. In July 2015, the two are alleged to have gone on a date at the Chateau Marmont.

Online rumors regarding a relationship between Clayton and Reeves were prevalent, although neither actor ever confirmed it.