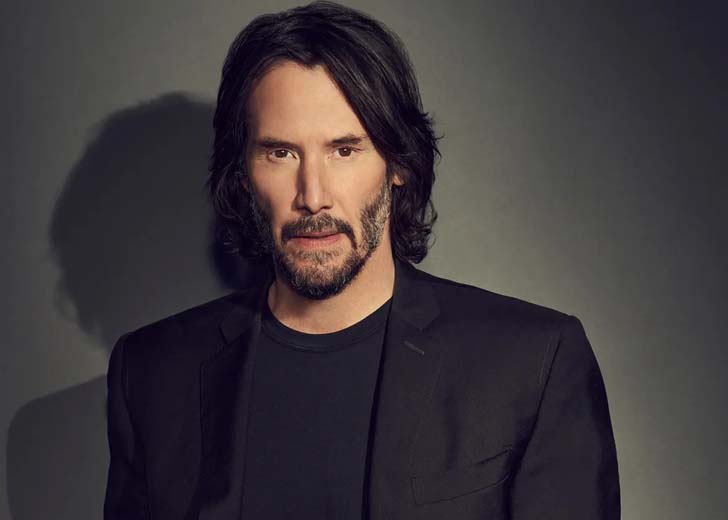 We can watch him over and over again!

Keanu Reeves has lived a hundred lives through his emblematic roles, which have turned him into one of the most beloved and highly appreciated actors of his generation.

From mastermind hackers trying to save humanity, to hopeless romantic swoon-worthy male leads, Reeves has offered the world a myriad of roles that consecrated him as a living legend.

When creating our list, we have looked through numerous reviews and analyses of both movie critics and actors’ fans, so we can create an engaging compilation of the most remarkable roles Reeves have given life to.

Sweet November is a 2001 romantic drama movie directed by Pat O’Connor. The movie introduces viewers to a delightful San Francisco setting, and it follows the tragic love story between the characters portrayed by Reeves and Charlize Theron.

The movie is a remake of the 1968 cinematic success with the same title, bringing forth spectacular performances from two of the most beloved actors of the 2000s. Reeves and Theron’s real-life friendship creates an authentic comfort between the two protagonists, who learn the meaning of love and loss in a memorable autumnal setting.

Sweet November tells the story of Nelson, a workaholic advertiser who lives a meaningless life in San Francisco. During a driving test, he becomes acquainted with Sara, a strange and captivating woman., who unfairly gets accused of cheating during the test as Nelson distracts her attention.

To make up for causing her to fail the test, Nelson reluctantly takes on Sara’s offer to move with her during the month of November under the promise that she can change his life for the better.

In a surprisingly memorable and uplifting cinematic success, Sweet November will make Reeves fans get emotionally involved in the movie, as they watch the two protagonists embrace love and hope during a month worth a lifetime of happiness.

Hardball is an American sports movie directed by the legendary Brian Robbins. Being one of the most underrated cinematic successes starring Reeves, the 2001 movie was a stellar success at the time of its release. The movie successfully incorporates the powerful themes of found family and racial and social inclusion.

The movie is often included in particularly targeted databases that feature the best sports betting movies ever made. Indeed, Hardball does a spectacular job of drawing attention to the dangers of getting in debt due to overspending on sports bets.

Hardball follows the story of Conor O’Neill, a gambler who finds himself in great debt with two bookies. As he tries to escape his debt, Reeves’ character is offered the chance to coach a school baseball team of troubled African American children in exchange for a great sum of money.

But as he spends more time with the children of his team, he starts to grow rather fond of them. And before he knows it, Conor’s life will get a new meaning, as the team slowly becomes a new family of this once lost man.

Constantine is a superhero horror film released in the American theatres on February 18, 2005. The movie was an instant success, grossing $230.9, for a production budget between $70–100 million. The movie’s script was written by Kevin Brodbin and Frank Cappello.

Constantine features Reeves in one of his most jaw-dropping performances, as he is playing the role of the private detective John Constantine. In this supernatural, evoking universe, Constantine is trying to make amends with God to earn his place in Heaven, after previously falling from His grace.

Banishing rogue demons to the darkest corners of Hell hasn’t been enough to regain God’s trust, so the occult detective takes on the chance to atone himself by helping the LAPD officer Angela Dodson uncover the truth behind the murder of her twin sister.

As the two heroes team up to fight off a greater evil than they have first anticipated, they must join forces to save the entire humanity from an impending Apocalypse.

Constantine is by far one of the most emblematic Reeves roles, one he still feels truly connected to, according to his multiple statements on the subject. In December 2021, Reeves revealed that he “would love to be John Constantine again,” which got fans incredibly excited for a possible sequel.

The Matrix is undoubtedly the best Reeves movie according to both critics and loyal fans of the actor. The public praised the movie’s revolutionary visual effects portrayed, as well as the highly engaging action scenes and inspiring cinematography evoked.

The movie was a stellar success at the box office, earning over $460 million, more than 7 times the budget allocated for its production. The Matrix was wholeheartedly embraced by the Academy Awards members, winning all four Oscars it was nominated for: Best Visual Effects, Best Sound, Best Sound Editing, and Best Film Editing.

The world portrayed depicts a dystopian future in which humans are trapped in a simulated reality called The Matrix. The simulation was created by intelligent machines in order to distract humans from their fate while using their bodies as an energy source.

When the main character – a computer programmer called Thomas Anderson – uncovers the truth, he willingly joins a rebellion that aims to overrule the machines and give people their freedom back.

When the casting first started, the producing studio, Warner Bros, sought to hire Brad Pitt or Val Kilmer for the main rule. Once both declined, the studio team derived their attention to Johnny Depp, but ultimately went for Reeves, whose audition completely won their trust and admiration.

What Reeves has given us all is an array of roles people can consider unforgettable, winning him a sweet spot in the minds and hearts of both his fans and movie critics.

While not exhaustive, our curated list aims to offer you the best movies for you to notice Reeves’ stunning capacity for continuous reinvention, as he easily embodies and perfectly fits all his roles, proving to everyone why he deserves our admiration.