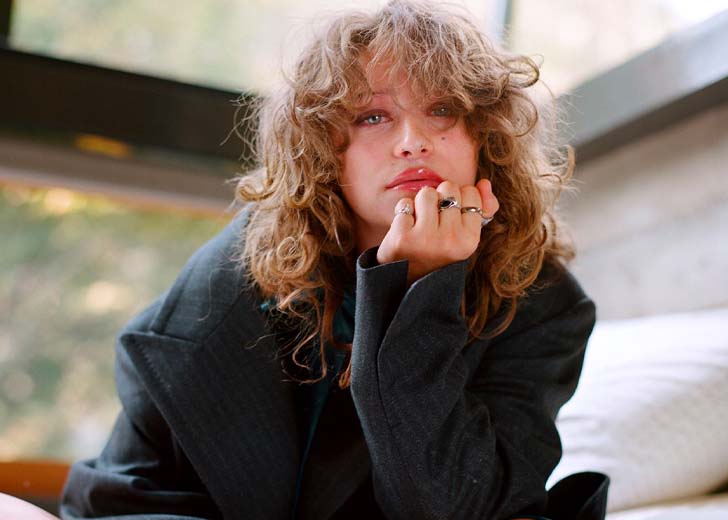 American actress Odessa Zion Segall Adlon — also known as Odessa A’zion — is best known for her roles in the CBS television series Fam and the Netflix series Grand Army. As of 2022, A’zion is not dating anyone and focusing on her career.

A’zion played Riler in the recent film Hellraiser. The film is a supernatural horror film from the United Kingdom. The plot revolves around a mystical puzzle box that summons the Cenobites, a group of extra-dimensional, sadomasochistic beings who cannot distinguish between pain and pleasure.

Many of her fans have expressed an interest in learning more about her personal life since the film’s release. Exploring her Instagram handle, she has posted pictures about her career and friends, but no image suggests the actress is in a relationship.

Similarly, A’zion has kept her dating life private and revealed nothing about her boyfriend. The actress appears to be focusing on her professional life rather than dating.

A’zion started dating Jaden in 2018. Jaden accompanied her to her prom in May of that year. He posted a photo of them in their formal attire to social media with the caption, “We Went To Prom, This Picture Describes The Experience.”

Similarly, the couple’s low-key look highlights one of fashion’s greatest ironies. However, in 2019, they went their separate ways.

Following their split, Us Weekly reported seeing Smith kissing an unidentified girl. While neither of them said anything at the time, it wasn’t their relationship’s first sign of trouble. Smith admitted to making mistakes in the relationship during an interview in November 2018.

Smith told Apple Beat 1 Radio while promoting his song, “I really screwed up in my relationship with A’zion, and this song is sort of like me saying, Yo, I’m sorry, because I am sorry and have already apologized to her countless times, but this is me doing so once more.”

After spitting on his ex-boyfriend Smith, A’zion has not dated anyone publicly and has tried to avoid the media for her matters.

Odessa A’zion Parents are from the entertainment industry.

Azion is the daughter of Pamela Adlon, an actress, and Felix O. Adlon, a director. She is the middle child of Valentine Rocky Adlon and Gideon Adlon.

Her mother is best known for her role as Bobby Hill in the animated comedy series King of the Hill from 1997 to 2010, for which she received a Primetime Emmy Award. Her father, likewise, is known for Mahler on the Couch, Eat Your Heart Out, and Salmonberries.

Do Direct Lenders Like KashPilot Offer Any Advantages Over Traditional Banks?

PaydayPot's Title Loans: How To Acquire Online For Quick Cash?