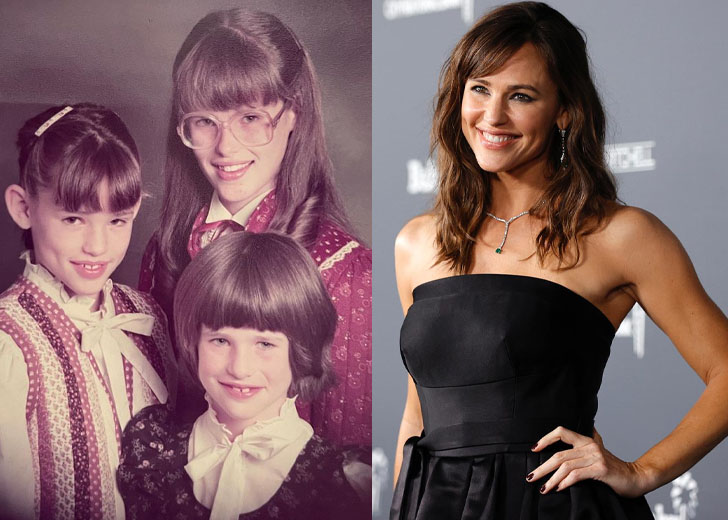 All about Jennifer Garner’s lookalike sisters!

Jennifer Garner does not require an introduction. She is an actress and film producer from the United States.

Whether it’s her acting abilities in films or serving as a source of inspiration for her social media followers to participate in voting, there’s one consistency in her approach to work — she does everything with great class and an excellent sense of humor.

Garner was born in Houston, Texas, to Patricia Ann and William John ‘Bill’ Garner on April 17, 1972. Her mother was an English teacher, and her father was a chemical engineer.

Furthermore, she moved to Charleston, West Virginia, when she was three years old. She was brought up and raised in West Virginia.

Talking about her siblings, she has two sisters. Garner has described herself as a typical middle child who tried to set herself apart from her talented older sister.

Garner began taking ballet lessons when she was three years old and continued to dance throughout her childhood. On the other hand, she had no desire to pursue a career as a dancer.

She was raised in a conservative household where she was expected to attend church every Sunday. She and her sisters were not allowed to wear make-up, paint their nails, pierce their ears, or color their hair as teenagers.

The Adam Project actress attended Charleston’s George Washington High School and afterward studied acting at Denison University. She didn’t want to be an actor at first; instead, she wanted to be a doctor or a librarian.

Garner also attended the National Theater Institute in Waterford, Connecticut, and the Eugene O’Neill Theater Center. In 1994, she earned a Bachelor of Fine Arts degree in theater performance.

All about Jennifer Garner’s Lookalike Sisters

Melissa Garner Wylie and Susannah Kay Garner Carpenter are Jennifer Garner’s two beautiful sisters. Jennifer is the middle child, even though she and her sisters appear almost identical.

Although little is known about her sisters’ personal life, it is apparent that the family values sibling love.

On October 28, 2021, Garner posted a photo on Instagram with her two sisters, which confused fans, as all three sisters looked almost identical.

The actress captioned the post, writing, “Discussion points: 1. Garner girls + bangs = lifelong struggle. 2. Ears. 3. Growing out a bowl cut is never easy. 4. When mom is in a quilting phase. Thank you. (I love my sisters).”

Friends and admirers of the actress rushed to react to the never-before-seen photograph, with Sara Foster saying that she is her son Sam’s twin in the picture.

Others were puzzled, believing the image to be a collage of Jennifer at various periods of her life.

One said, “I definitely thought these were all photos of you in a weird 80’s type picture collage,” while another added: “Are you kidding? I thought it was a photoshop of pictures of you in different ages. Those genes are strong!!”

The bond between the three sisters is extremely beautiful

Garner shares an extremely close bond with her family and sisters. Her siblings even went to the Hollywood Walk of Fame in 2018 together as the actress received a star on the famous landmark.

Not just do the three sisters look alike and identical, but they also are very supportive of one another and inspire one another in many ways.

Garner is frequently seen posting photos with her sisters expressing that she is grateful to have such motivating and loving sisters in her life.