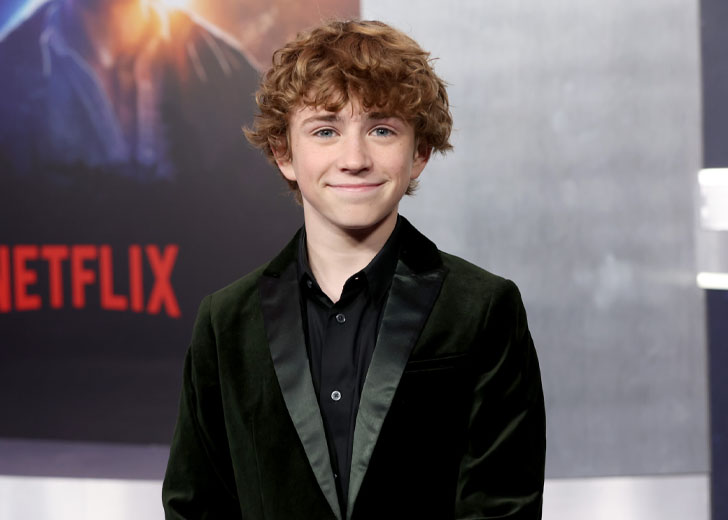 Have an inside look at ‘The Adam Project’ star Walker Scobell’s family life.

Walker Scobell is an aspiring child actor whose acting talents were recently witnessed by the world when The Adam Project premiered on Netflix on March 11, 2022. The film was directed by Shawn Levy, who also directed Free Guy.

The movie featured stars like Ryan Reynolds, Mark Ruffalo, Zoe Saldana, and Jennifer Garner. In the time-travel movie, Reynolds played the lead role of Adam Reed – a time-traveling pilot – and Scobell did an amazing job in portraying the role of 12-year-old Adam Reed.

Scobell’s skills and performance in the movie exceeded the expectations of his co-stars and audiences, who had a lot of praises for him. And now those viewers are eager to know the people who raised such a talented future star.

Who are Walker Scobell’s parents?

Scobell was born on January 6, 2009, and was initially raised in Los Angeles. His mother’s name is Heather Scobell (nee Melissa), and his father’s name is Peter W Scobell, aka Pete.

Apart from his parents, the young actor has a sibling: an older sister whose name isn’t disclosed. The family of four currently reside in Colorado and have a harmonious bond between them.

Scobell could occasionally be seen sharing a series of pictures alongside his family members via his Instagram handle. For instance, on Father’s Day, June 22, 2020, he shared several photos taken alongside his father from when he was a baby.

He humorously expressed his love towards his father in his caption as he wrote, “Happy Father’s Day Dad!!! I am not very good at writing those moving and inspirational paragraphs so I love you to the moon and back which is about 480,000 miles so that pretty much explains itself. Love you Dad, Walker.”

Similarly, on his mother’s birthday, October 1, 2020, he shared three pictures via Instagram. His mother was holding him in the first one, and the latter two were pictures of Scobell, his parents, and his sister.

In the caption, he first wished his mother on her birthday. He then said that he loves his mother to the moon and back and brought up the above-mentioned Father’s Day post – in which he mentioned the distance between moon and earth.

Walker was raised in a family with a military background. As per reports, his father, Peter, served as a prominent member of the United States Army and served 17 years in the military as a Navy SEAL.

During Peter’s time in the military, he made the record of the freshman pole vault at the Annapolis, Maryland-based U.S. Naval Academy, which still stands to this date.

Due to his father’s profession, Walker and his family were always on the move and never fully settled down in one place. His father reportedly had six deployments and the Scobell family shifted to several places, including California and Colorado.

An old picture of Walker Scobell with his parents and sister (Photo: Instagram)

Additionally, Walker’s father is a musician who was even featured in Rolling Stone magazine. Peter had also toured with country music icons such as Cactus Moser and Wynonna Judd after recording a song for the film Hornet’s Nest.

Peter studied at Fairview High School, where he met his future wife and the mother of his two kids. Interestingly, Walker currently studies as a seventh-grader at the same affiliation’s middle school, Fairview Middle School, in Boulder, Colorado.

Now that we’ve talked about everything that’s known about Scobell and his parents, let’s look at the actor’s upcoming projects if there is any.

The 13-year-old actor currently has one upcoming project lined up: a superhero movie titled Secret Headquarters starring Owen Wilson. The film is expected to hit theaters on August 5, 2022.

Besides this, Scobell doesn’t have any future acting projects lined up. Nonetheless, with the world witnessing his talent, new gigs might pop up in the upcoming days. His co-star Ryan Reynolds might even cast him in his Marvel movie Deadpool 3 — reportedly under the works.

The superhero movie, whose rights are back with Marvel Studios, is set to be directed by The Adam Project‘s director Shawn Levy. Scobell has been a huge fan of the Marvel movie franchise, especially Deadpool movies, and had remembered all the lines of Deadpool 2. So, let’s see what happens!

'The 100' Stars Eliza Taylor and Bob Morley Are Parents, Welcomes First Child Together