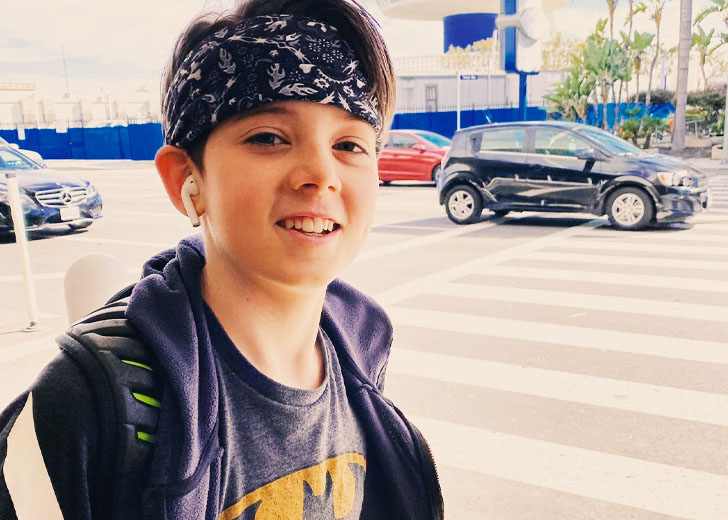 Braxton Bjerken, one of the most loved and favorite child artists, got attention from many fans for his role as Kenny Boland on the NBC series Good Girls.

Bjerken is now getting ready to strike the cinema world and his fan’s hearts with his upcoming role as Ray Dollarhyde in Netflix’s The Adam Project alongside Ryan Reynolds, Mark Ruffalo, and Zoe Saldana. The film will premiere on March 11, 2022.

How old is Braxton Bjerken?

Having been in the industry since 2018, just at the age of 12, Bjerken has given major credited work more than his age, making him a center of attraction for many talented poachers.

Braxton Bjerken has a good height for his age

As per IMDb, Bjerken has a height of 5 feet or 1.52 m, which will see its rise as the actor reaches adulthood.

Bjerken has beautiful blue eyes with brownish hair giving him a charming look that suits his personality of a cool guy.

Braxton Bjerken has a total of 3 siblings

Bjerken isn’t very open about his private life. But a quick look through his Instagram shows that he has three siblings: two sisters and one brother.

His sister Whitney Bjerken is a gymnast who began performing in the national and state-level championships at the age of 11.

Likewise, his second sister Blakely Bjerken seems to be inspired by her award-winning sister, as she is also pursuing gymnastics. Not only that, but she is also a YouTube just like Whitney, who has more than 1.5 million subscribers.

The eldest among them is Sterling Bjerken, who also runs a YouTube channel titled Sterling Reputation.

As for Bjerken’s parents, their names and complete other information are unknown to the world, and he has just provided a certain glimpse with his mother and father through his Instagram post.

Seemingly, his sister, Whitney, made him participate in a school play of Space Pirates in 2013, giving him a spark of love for acting. Later, his drama teacher helped him with his acting career by becoming acquainted with an agent.

His debut role was in Clint Eastwood’s The 15:17 to Paris in 2018, but it was left uncredited as his footage could not make it to the final cut. He got his stardom after his role in The House with a Clock in its Walls(2018).

Later, Bjerken got cast in the significant role for TV series documentary Your Worst Nightmare in 2019 following his involvement in movies and series like Dolly Parton’s Heartstrings (2019), The defeated (2020), The Walking Dead: World Beyond(2020), Good Girls (2018-2021) and many more.

His recent work would be The Adam Project, which is in its post-production stage, ready to premiere on March 11, 2022, which is awaited by his fans.

How much is Braxton Bjerken’s net worth?

Officially, the net worth of Bjerken has not been revealed by any sources, providing the ground for assumptions.

Undertaking Bjerken’s acting career, his earnings might be good as he is in his golden days, receiving offers for the near future. So for his net worth, it can be estimated to be somewhere around $200,000 and leaving room for more capital in the upcoming days with his mesmerizing acting.

Does Robert Ri'chard Have a Wife? Inside His Personal Life