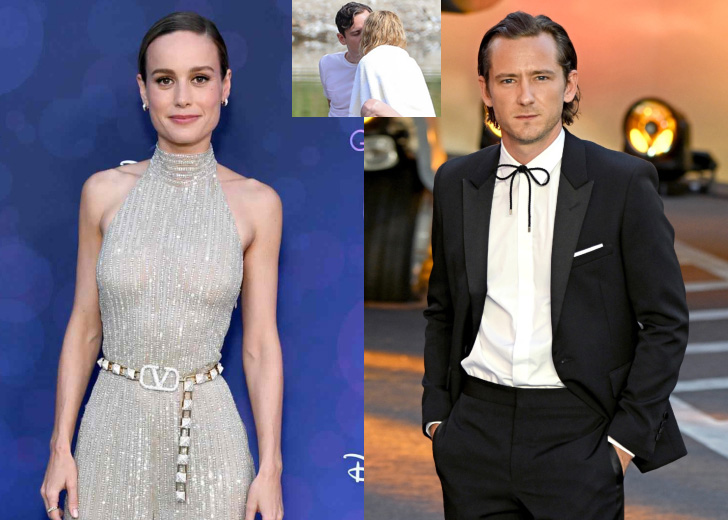 It seems like Brie Larson is no longer single!

It is reported that she is currently dating her boyfriend, Lewis Pullman. Rumors were floating around on the internet about the pair being in a relationship.

However, neither Larson nor Pullman has confirmed it yet. Regardless, paparazzi pictures and sources close to them seem to suggest otherwise.

It is unknown when Larson and Pullman started dating. However, Daily Mail reported that the pair were seen kissing on September 14, 2022.

The two were spotted kissing while working on the set of their drama series, Lessons In Chemistry. Larson wore a sleeveless button-up shirt and paired it with beige shorts.

Pullman wore a white shirt and shorts and sat beside Larson. Both of them were sitting at what seemed like a dock of a lake and sported wet hair.

In a video received by Daily Mail, Larson leaned towards Pullman and kissed him while the cameras were rolling. Initially, many believed it was just a scene from  Lessons In Chemistry.

Lessons in Chemistry is set in the early 1950s and follows Elizabeth Zott (Larson), whose goal of becoming a scientist. Unfortunately, her dream is put on wait by a culture that believes women belong in the domestic realm rather than the professional one.

When Zott discovers she is pregnant, alone, and dismissed from her lab, she musters the tenacity that only a single mother possesses.

She gets a position as a TV cooking show host and sets out to educate a country of forgotten women and men much more than recipes, all the while yearning for a return to her real love —  science.

As said before, people initially believed that Larson and Pullman kissed because they were filming. However, DeuxMoi believes otherwise.

DeuxMoi, who refer to themselves as the curators of pop culture, is an Instagram account that posts news and reports about various celebrities. While their sources are anonymous, most of their reporting has turned out to be true.

They have confirmed that Larson and Pullman are, in fact, dating. But unless Larson confesses their relationship or Pullman admits that he is her boyfriend —  everything is mere speculation.

Captain Marvel star’s first known relationship was with Cody Linley. The pair dated from 2006 to 2007.

After Linley, John Patrick Amedori was Larson’s boyfriend. They dated from 2008 for four years before parting ways in 2012.

Larson’s most public past relationship was with musician Alex Greenwald, the main vocalist of the band Phantom Planet. The duo appeared on several red carpets together throughout their relationship.

When the actress collected her Academy Award for her performance in Room, she personally thanked her boyfriend in her speech. The couple dated from 2013 to 2019.

The pair were engaged for three years before parting ways. A source told People, “They have taken a step back from their engagement for the time being but they remain close.”

They made their relationship public when they attended the 92nd Annual Academy Awards together in February 2020. However, whether they are still dating or have parted ways is unknown.

Inside Topher Grace’s Wedding and Relationship with Wife Ashley Hinshaw