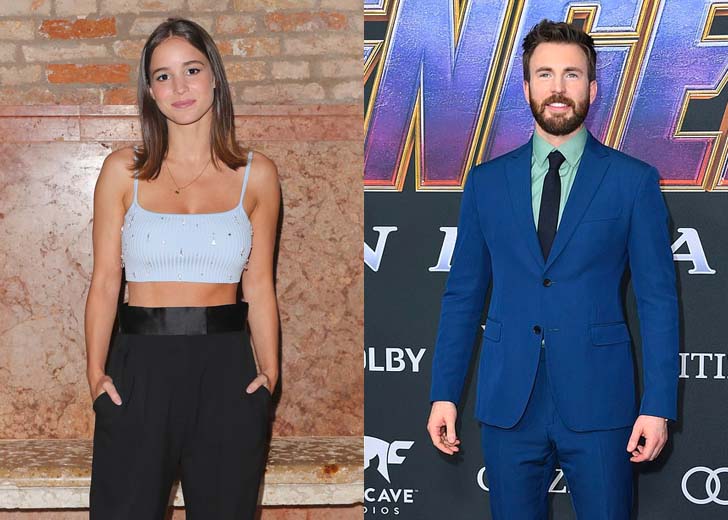 Once it was confirmed that Alba Baptista and Chris Evans were dating, people had concerns about their age difference.

Everyone’s favorite Captain America is no longer single as the 41-years-old actor has been dating 25-years-old Brazilian-Portuguese actress Alba Baptista “for over a year and it’s serious,” an insider told People.

The source also added that the pair are in love and Chris Evans has “never been happier,” and his family and friends all admire her.

Just a few hours after the news became public knowledge that the two were dating, Evans and his girlfriend were spotted holding hands.

The Marvel actor and Portuguese actress attempted to blend in, while taking a stroll around Central Park on November 10 in photos acquired exclusively by Page Six.

Wearing similar sunglasses and face masks, the secretive pair held onto one another as they navigated the congested streets.

The relationship information emerged shortly after Evans claimed to be “laser-focused” on dating. The actor said, “The answer would be maybe laser-focused on finding a partner,” in a July interview with Shondaland.

Evans also remarked, “Maybe it’s about trying to find someone that you’re looking to spend your life with. Yes, so maybe it’s that.”

The dating rumors first started in 2021, when the actress began to follow the Knives Out star and several of his family members on social media.

Rumors started to circulate once more earlier this year after the American actor posted a picture of two pumpkins that were decorated for Halloween on Instagram in October.

Fans of the Massachusetts native observed how strikingly similar the photo was to the one Baptista’s mother, Elsa, had previously used as her social media profile picture.

Warrior Nun actress Baptista and her boyfriend Evans have a 16 years age gap which often comes as a matter of controversy among their fans.

People are aware that the cliché that “older men are sexier” has been around forever, but there are occasions when prominent men embrace it way too much. Putting jokes aside, there are lots of lovely, healthy relationships with bigger age gaps, like George Clooney and Michael Douglas.

However, the majority of fans are opposed to the thought of Baptista and Evans dating due to their significant age differences. A follower tweeted, “I love Alba Baptista and Chris Evans as individuals but the age gap.”

Really happy for Chris Evans, but can Hollywood men please set a good example and stop dating women in their 20s.

You really can find wonderful women closer to your age. https://t.co/tbB6ZzZEvC

Another tweet read, “but the age gap between Chris Evans (41) and Alba Baptista (25) still weirds me out a whole [expletive] lot.”

Few people stood up for the couple, despite the fact that many fans were upset at the age difference.

A fan wrote, “Just saw a TikTok where they were bothered by the age gap between Chris Evans (41) and Alba Baptista (25)????? Do people forget that there are women who prefer older men, and that is Chris Evans?”

Defending the couple, a follower noted, “why’s everyone so pressed about the age gap between Alba Baptista and Chris Evans? They’re both two consenting adults, they can make their own decisions. Just grow up and be happy for them.”