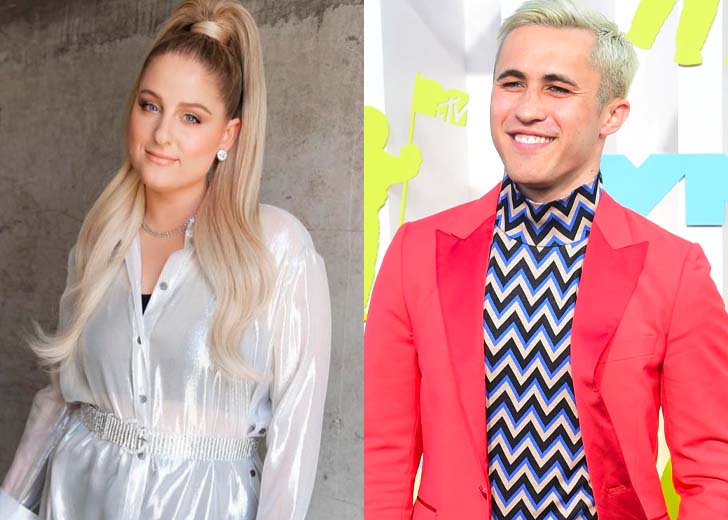 ‘Made You Look’ singer Meghan Trainor and social media star Chris Olsen have successfully fooled the world since appearing in their debut TikTok video together, in which they pretended to be childhood friends.

Olsen further asserted that Trainor and he would keep claiming to be childhood friends because they felt it would be humorous.

The social media star also revealed that he went to Nantucket every summer growing up, and coincidently enough, Trainor was born and grew up there.

In Trainor and her brother Ryan Trainor’s podcast Workin’ On It, she and Olsen discussed their shared experiences growing up, and he said, “What if we told people we grew up together? That would be so fun and flirty.”

ET’s interviewer, Behar, asked, “Do people know that?” Olsen responded, “I think people have figured it out because I don’t think the photos are photoshopped that well.”

For those who have yet to catch up, Trainor shared a TikTok video on her official account where she and Olsen can be seen together.

The singer wrote, “When people don’t know we’ve been friends since childhood,” and proceeded to show an image of them from their childhood together, but obviously, the picture was photoshopped, but nobody knew at the time.

However, fans had their fair amount of doubts that the pictures were photoshopped and thought they were not childhood friends as there is a four-year gap between them.

A follower commented, “Wait is this real,” while another noted, “The fact that y’all look exactly the same as the picture blows my mind.”

The viewers’ concerns can now be eased after Olsen confessed in an interview with ET that they pretended to be childhood friends four months after making their first TikTok video together.

Fans are now wondering whether Trainor and Olsen are genuinely friends or if she hired him for some PR stunt since his most recent TikTok is about clips of them together or of her alone.

A TikTok user, @jessweslie made a TikTok questioning about Trainor’s relationship with Olsen and asked if she hired him for content.

“Is he a paid employee? I pretty much see this duo on my fyp every other day. Like are they friends? Did she hire him?” asked the user.

And to her surprise, Olsen reacted to the video by @jessweslie. He sarcastically replied, “No, she is my enemy. Little known fact I wrote Made You Look and she stole it from me.”