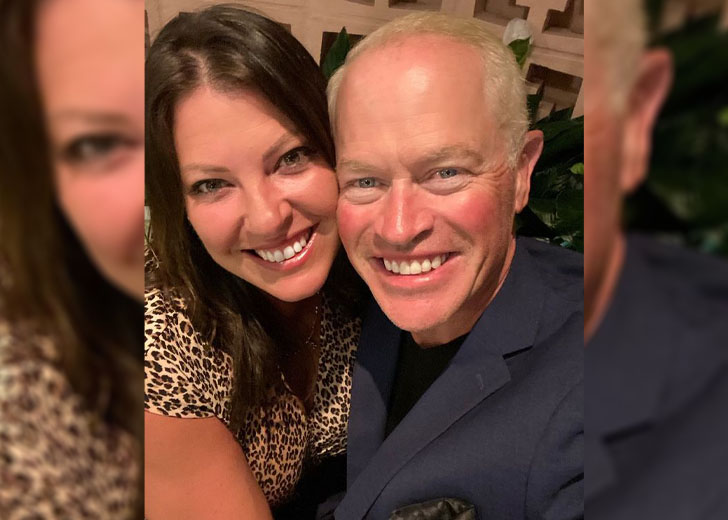 18 completed and many more to go! Congratulations to Neal McDonough and his wife Ruve ‘Robertson’ McDonough who celebrated their 18th marriage anniversary on Wednesday, December 1, 2021.

On the special occasion, the American actor took to his Instagram to share a picture alongside his wife and wished her as well. “Happy 18th anniversary my love!” he first wrote in his long caption.

As he went on, he wrote that it has been 18 years since she told him “I do.” In those 18 years, “We have 5 amazing children, traveled all over the world, met some of the most incredible people, danced when most would sit, laughed or cried when most would be quiet,” he further added.

In the end part of his caption, he mentioned that his partner has been the greatest part of him and she is his true love and everything. “The first 18 have been incredible, I can’t wait to see what the next 18 holds for us! I LOVE YOU!!!” he concludes.

Just recently, on Friday, December 3, McDonough posted a picture with his wife which seems to be from their anniversary celebration at a Mexican restaurant named King & Queen Cantina. There were fish tacos on their table and drinks on their hands as Robertson gave a smile whilst the actor delivered a sweet kiss on her cheeks.

McDonough’s wife is a former South African bikini and swimsuit model. In addition, the actor’s take on his wife hints that she was involved in athletics as well.

Recently, she has seemingly joined the entertainment industry as a producer. In her IMDb profile, she is credited as the producer of two movies: Drops of Jupiter (producing alongside her husband) and Boon.

Coming over to her other details, she was reportedly born in 1966. Her mother’s name is Pam Dreyer-Robertson and her father’s name is Robbie. She also has a sibling; a brother named Ryan Robertson.

On December 30, 2016, she lost her father. Around that same day, her partner shared the news via an Instagram post. “My best friend/Love/wife.. lost her Dad today. 68 years old. He was taken too soon. He was truly my other Dad!” he wrote in the caption.

As for Ruve’s academics, her Facebook page indicates that she studied at Empangeni High School, located about 370 miles from Johannesburg, on the east coast of South Africa.

Furthermore, she stands at a towering height of 6 foot 3 inches or 1.91 meters.

McDonough first met his now-wife on Saint Patrick’s Day, March 17, 2000, during his first day in London. The actor was there for the filming of his then-upcoming movie, Band of Brothers, whereas Robertson was serving in in public relations.

As fate had it in-store, they bumped into each other and McDonough fell in love at first sight. However, at that time, he was in a relationship with another woman, as he admitted to Closer Weekly in 2019.

But, when he met Robertson, he called his now-former girlfriend and told her, “I’m sorry, it’s not going to work out with us anymore — I just met the woman I’m going to marry.”

McDonough and Robertson eventually began dating each other. After being in a relationship for a while, the two decided to make things official and shared the wedding vows on December 1, 2003.

Since then, the married couple has been relishing their life alongside each other. In their marital journey, they also went on to welcome five children: three daughters and two sons.

Almost two years after their wedding, on November 28, 2005, they welcomed their eldest children, a son named Morgan Patrick. On May 14, 2007, they welcomed a daughter Catherine Maggie.

Similarly, their middle child, London Jane McDonough, was born on January 11, 2010. On August 5, 2011, Robertson gave birth to a daughter named Clover Elizabeth. And, on March 31, 2014, she gave birth to a son named James Hamilton.

The couple has been raising their children quite well. Currently, all of them reside in their Los Angeles residence.