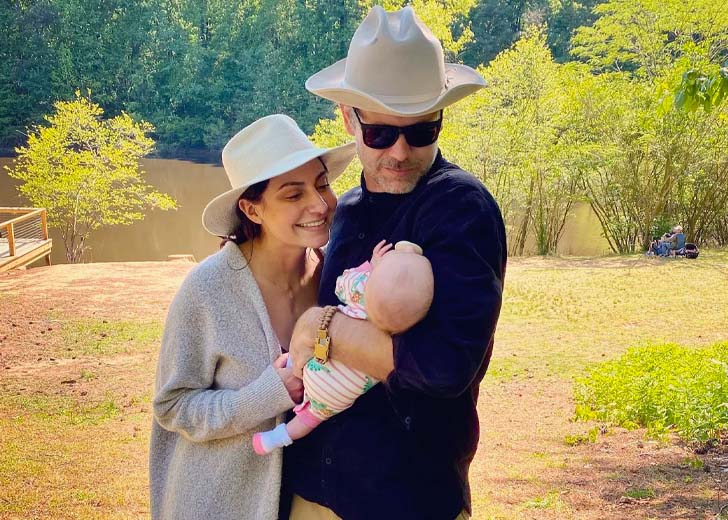 Matthew Davis was previously married to actress Leelee Sobieski, only to last for a few months.

Matthew Davis is an American actor renowned for his roles as Warner Huntington III in Legally Blonde and Alaric Saltzman in The Vampire Diaries.

Also famous as Matt Davis, the actor is happily married to his wife, Kiley Casciano Davis. And the couple is blessed with two adorable kids, both daughters.

Here’s everything you need to know about The Vampire Diaries star’s personal life.

But it is unclear how the two met. That said, the couple got married on December 23, 2018, after the actor proposed to Kiley while Christmas shopping.

But unlike any other wedding planned months before, they had an impromptu one. They married three hours after the “informal engagement” at the same venue.

“When you ask your lover if they want to get married while shopping in the produce section of Erewhon, and 3 hours later you’re married on Christmas Eve Eve,” the actor captioned a series of pictures on Instagram.

He added, “Thanks to Abbot Kinney [Boulevard] for the last-minute provisions #AVeryMarriedChristmas.”

Matt and Kiley are proud parents of two beautiful daughters.

The Vampire Diaries actor and Nappily Ever After actress welcomed their first child after more than a year of marriage on March 31, 2020, and named their first born Ripley Nightingale Davis.

The couple had first announced their pregnancy in September 2019. Kiley posted a baby clothes picture and a sonogram, writing, “Arriving April 2020 #babygirl.”

The actress later shared a picture of her baby bump on March 11, 2020, and captioned the photo, “Nothing is more thrilling than having a baby during this Pandemic.”

Back then, the two proudly tweeted, “7lbs, Blond hair, Blue Eyes, and momma’s beautiful face. Thank you, everyone, for all the love and support.”

Matt and Kiley had their second daughter, Dorothy Lavender Davis, on January 24, 2022.

The actress revealed the birth of her beautiful baby girl via Instagram by posting a photo of herself at the hospital, embracing the newborn baby and smiling up at Matt.

She wrote, “Dorothy Lavender Davis – 01*24* 2022 I adore you @immatthewdavis,” while mentioning the father of her two kids.

Kiley actively shares her life with her two daughters and husband on Instagram. She and Matt are loving and proud parents, seemingly living a lavish life with their beautiful little family.

Matt was previously married to the American artist and former actress Leelee Sobieski.

Leelee married the actor in September 2008 after dating for several years. The pair eventually married in a secret wedding, and no information about their wedding ceremony has been disclosed to this day.

Something went awry, and Leelee filed for divorce just a few months after they married. In February 2009, the couple divorced.

Leelee and her husband Martin are now parents of two adorable kids. Their daughter was born in December 2009, and their boy was born in August 2014. They live in Brooklyn’s Red Hook neighborhood.