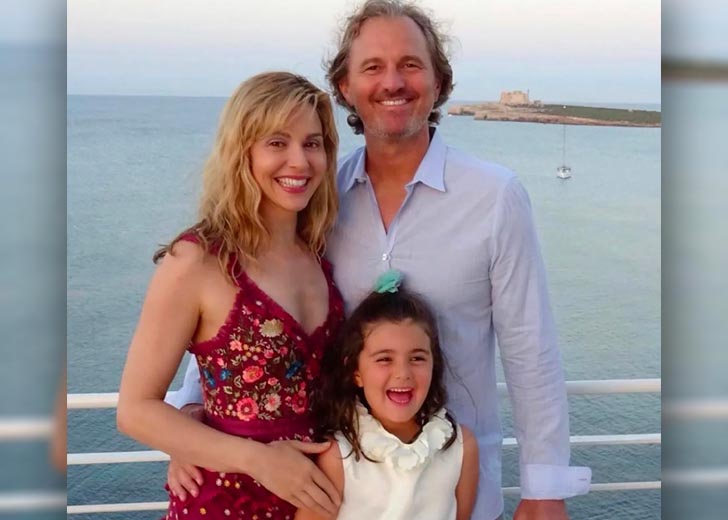 Cara Buono has been a married woman for over a decade.

Cara Buono is an accomplished American actress who has appeared in some hit TV shows, such as the HBO crime drama The Sopranos, AMC drama series Mad Men, and Netflix science fiction horror drama Stranger Things.

The New York City native actress is presently on the rise for her performance as Karen Wheeler in Stranger Things, a character which she reprised in the season 4 volume 1 — which was released on May 27, 2022.

Speaking a little about her character arc in the new season, the writers have kept it quite normal as compared to what the viewers witnessed in the previous seasons. Karen Wheeler and Billy Hargrove’s chemistry was teased a bit in the second season.

And it was continued in the third season as well. So, did Mrs. Wheeler and Billy hook up? The answer is no. But, Buono’s Mrs. Wheeler had thought to go on a late-night date at a local motel with Dacre Montgomery‘s Billy.

Mrs. Wheeler cancels that date when she sees that her husband, Ted Wheeler, was asleep in a recliner with their third and youngest daughter, Holly Wheeler, in his arms. That puts a realization into Mrs. Wheeler’s mind as she decides that the date with Billy isn’t worth it.

So, that does it for Mrs. Wheeler’s small character arc in Stranger Things. Let’s come back to Cara Buono now. Is the actress well-settled in real life like her character in the Netflix show? Does she have any children?

Does Cara Buono have a husband?

Yes, Buono has a husband. She is presently in a blissful marital relationship with her longtime husband Peter Thum. Thum is a businessman and philanthropist, plus the founder of Ethos Water – a branded bottled water company.

Buono met her future husband, Thum, while they were together on a flight to Los Angeles, California. They became friends and as they got to know each other more closely, they eventually started dating.

A couple of months after being in a relationship, they decided to take a new step in their relationship and got married. The couple shared the wedding vows on July 12, 2009. Their wedding ceremony was held in New York.

While Buono and Thum actually tied the knots on July 12, 2009, many media outlets, including her IMDb page, have mentioned their wedding date as December 31, 2008. However, that’s not true at all.

The wedding date mentioned by other media outlets could be proven wrong after having a glace at Buono’s Instagram handle. For instance, on July 12, 2020, the actress shared a couple of pictures via Instagram to mark her 11th wedding anniversary with her husband.

In the caption, she first wished a happy anniversary to her husband. And then, she pointed out the second picture she posted which was taken last year during their 10th wedding anniversary — for which the couple traveled to Sicily, Italy.

Going by all that, it seems like Buono and Thum’s marital relationship is still going strong. The two will be marking 13 years of togetherness as a married couple on this year’s July 12.

Cara Buono and Peter Thum are parents to a child

Not only Buono and Thum are a married couple, but they are also parents of a child. The couple is blessed with a daughter named Esmé Thum.

The love birds welcomed their little bundle of joy more than four years after their marriage, on October 19, 2013. Since then, the two have done everything in their hands to raise their child in a healthy environment.

Their daughter has already grown up now and is over 8 years of age. The actress could be seen taking her daughter to several events and movie sets. Her Instagram handle is filled with pictures of her daughter.

On October 19, 2021, Buono took to her Instagram handle to post multiple pictures taken alongside her daughter and wish her a happy birthday. “Happy Birthday to my spirited girl. You’ll always be the best part of me,” she wrote in her caption.

As of now, the family of three happily resides in their house in New York’s Greenwich Village.