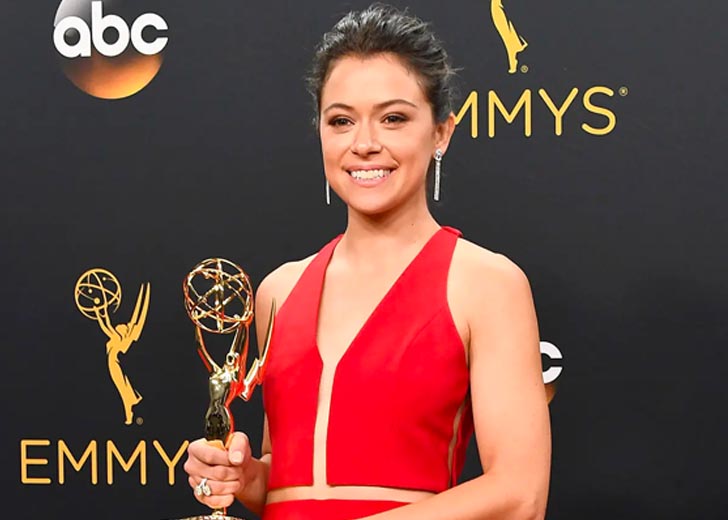 Orphan Black star Tatiana Maslany was previously in a long-term relationship with her ex-boyfriend Tom Cullen.

The former couple first met each other in July 2011 while working together for the 2012 television show World Without End. They eventually fell in love and officially started dating around the same year.

Maslany and Cullen initially kept everything under wraps but as time passed on, they began to shed more light on their romantic relationship. Their first press photo happened in September 2012 at the 2012 Toronto International Film Festival.

As years passed on, their bond continued to be strong. Cullen occasionally used to post amazing things and praise his girlfriend’s acting works via his Instagram handle. In 2016, they even went on to work together as an on-screen couple in the indie movie titled The Other Half.

Their off-screen chemistry was already known to the world and when they worked together, the audiences fell in love with their on-screen chemistry as well. While speaking about working with Maslany, Pullen had a lot to say.

Tatiana Maslany with her ex-boyfriend, Tom Cullen, at the Emmys (Photo: JORDAN STRAUSS/INVISION/AP)

However, it seems like the couple who were head over heels in love were not meant to last forever. In 2019, fans noticed that both Maslany and Cullen had unfollowed each other on Instagram and Maslany had privatized her Instagram handle.

Fans then started speculating that the Canadian actress has moved out of the Los Angeles house she owned with Cullen. And although there weren’t any updates on their relationship, it became evident that Maslany and Cullen had broken up.

The now-former couple was in a relationship for around eight years. And since the two’s split, Maslany’s fans have been curious to know what has been happening in her life, especially her love life.

Has the Primetime Emmy Award winner found a new lover? Or has she remained single after the end of her relationship with Cullen? Here is everything you need to know about her love life after parting ways with her ex-boyfriend!

Sometime after her split with ex-boyfriend Cullen, Maslany once again found love; this time in the arms of American actor Brendan Hines — best known for his works on Fox’s Lie to Me and Netflix’s Locke & Key.

Maslany and Hines first sparked romance rumors in December 2020. And although nothing was said about the rumored relationship back then, the rumors continued to spread.

Their dating rumors were fueled once again after a picture of the rumored duo emerged on the internet. In the said picture, Maslany was together with her rumored boyfriend Hines, her She-Hulk co-star Tim Roth, and actress Kelli Willaims.

Hines, Roth, and Willaims had previously worked together on the Fox TV show, Lie to Me. Similarly, Maslany and Roth had started working on the new Marvel television show She-Hulk: Attorney at Law in April 2021 — the show is set to premiere on Disney+ on August 17, 2022.

Willaims shared the picture of the four actors having dinner at a restaurant, and the image acted as evidence that Maslany and Hines were indeed together. But, like last time, there was no confirmation of their togetherness.

Tatiana Maslany and her boyfriend, Brendan Hines, at the opening night performance of Broadway’s ‘Take Me Out’ (Photo: Just Jared)

Nonetheless, the confirmation finally came on April 4, 2022, when the rumored couple went public with their relationship. The duo accompanied each other for the first time as they stepped into the red carpet of the opening night performance of Broadway’s Take Me Out.

The red carpet event was held at New York City’s Helen Hayes Theatre. Additionally, in the recent weeks after that, the couple went on to appear together in the premiere event of two more movies: X and Everything Everywhere All at Once.

Since then, there have been no further updates on their relationship, and it seems like they are keeping their togetherness as private as they possibly can.