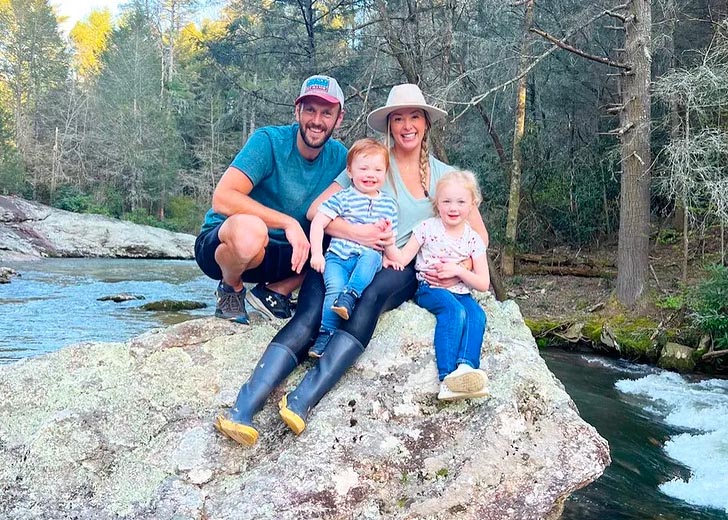 Jamie Otis first came into the limelight after her appearance in the first-ever season of the Lifetime original series Married at First Sight.

Aside from the fame, the American registered nurse received another thing that has remained alongside her since then — a lovable husband named Doug Hehner.

As some of you might have guessed by the show’s title itself, Married at First Sight is a reality television show where singles take participation and share the wedding vows with the partners that are chosen by multiple relationship experts.

Otis and Hehner could be regarded as one of the most successful married couples that emerged through Married at First Sight. However, it wasn’t always the same between the two.

When the relationship experts introduced Otis to her to-be husband, she clearly said that she wasn’t attracted to Hehner. Nonetheless, as they spent some time together, they realized attractiveness doesn’t matter and they were perfect for each other.

As for when they tied the knots, Otis and Hehner walked down the aisle on March 23, 2014. And even after some rough start, they decided to not have a divorce on Decision Day.

The two were also featured on Married at First Sight: The First Year and they were the only couples from the first season that stayed together. And the same thing has continued between them as remained together and supported each other through highs and lows.

As of now, the couple has been married for more than eight years. On their eighth wedding anniversary, Otis reflected on the journey that she and Hehner have been on and praised her life partner.

She posted multiple pictures from their wedding days and wrote a lengthy caption. She started with, “At this *exact* moment 8 years ago today we said ‘I do’ as complete strangers…and then I ran into a corner to cry. These pics are as blurry as my vision was that day.”

She then mentioned that she thought she had made the biggest mistake of her life. “When I’m wrong, I say I’m wrong. Swipe to see us now. I’m so happy I was wrong about you, [Doug Hehner],” she added.

She continued, “I’ll forever be thankful to have you by my side as my best friend, loyal partner & the absolute best daddy to our babies. There is no one on earth like you. You are kind & patient. You respect others and care deeply for animals. You have a heart of gold.”

As she approached the end of her caption, she wrote that she still asks God what she did to deserve to marry this perfect stranger. “I mean, it could’ve been anyone! how did I get so lucky to get YOU?!” Otis concluded.

Jamie Otis and Doug Hehner are parents of two children

Not only Otis and Hehner have relished a blissful marriage of over eight years, but they have also been amazing parents to their two children. They have a daughter named Henley Grace Hehner and a son named Hayes Douglas.

Jamie Otis and her husband, Doug Hehner, with their children (Photo: Instagram)

However, it hasn’t been an easy journey for the married couple to become parents. Otis and Hehner first announced that they were expecting their first child together in July 2016. But, weeks later, they revealed that Otis suffered a miscarriage.

At the time, she was four months pregnant. And if the miscarriage hadn’t happened, they would have welcomed a son – whom they were going to name Johnathan Edward. The couple still misses their first child and Otis could be seen sharing tributes to him via Instagram.

Less than a year later after the tragic incident, in February 2017, the duo announced that they were expecting a child for the second time. Thankfully, nothing tragic happened this time and Otis gave birth to a baby girl, Henley, on August 22, 2017.

Jamie Otis and her husband, Doug Hehner, with their children during Halloween (Photo: Instagram)

On 2018’s Christmas Day, Otis and Hehner revealed that they were going to welcome another child into their home. Unfortunately, the registered nurse once again suffered a miscarriage — the news was announced in January 2019.

On September 6, 2019, the married couple announced via their podcast that they were expecting a baby. On May 13, 2019, Otis successfully gave birth to their second child, a son named Hayes.

Since the birth of their son, the couple has been over the moon as they already experience the loss of a son during Otis’ first pregnancy. But, it’s not that they don’t love their daughter – they love her as much as they love their son.

As of now, the Hehner family is happy. Otis could be seen flaunting numerous pictures alongside her husband and children from their multiple trips to different locations.