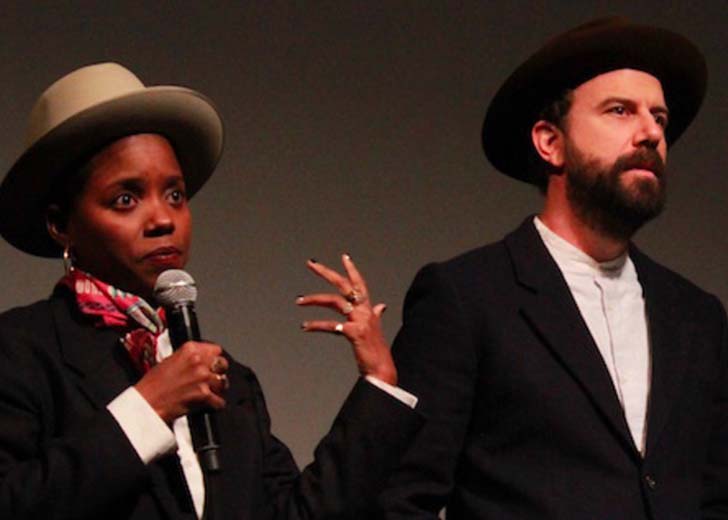 Brett Gelman and his former wife’s divorce surprised many fans.

Brett Gelman chimed his wedding bells alongside his ex-spouse, Janicza Bravo, an American film director, in 2015 in the presence of their closest circles. The couple vowed together while keeping things as low-key and intimate as possible.

Because of the not-so-grand wedding ceremony, not many pictures were seen floating around the web. However, their cute relationship posts kept their fans encircled with love and warmth.

Things were going pretty well until one day in 2018 when the news of their separation struck the internet all around.

So, if you are wondering about the real reason behind the partition of an ideal couple as such, we are here to catch you up. Let us start off with their married life first.

The former couple shared their first glance in New York City where they had been marking their presence for a New York Lotto Commercial.

Gelman revealed that while answering a fan on Reddit. He wrote, “We met in NY on a commercial shoot for the NY Lotto. We decided to work togethe because she asked me to, and I can never turn down a genius.”

Eventually, they started seeing each other, fell in love, dated for a pretty long time, and tied the knots on December 22, 2015.

The essence of their relationship had sparked so well that their fans started keeping expectations of them having children. However, before any baby announcement could reach out the ears of many, the news of their partition broke out.

Initially, it was just the rumors but later it was confirmed when Gelman addressed Bravo as his ex-wife during his interview with Esquire in 2019.

The Stranger Things star was asked a fashion-related question referring to how he got into loving clothes. That time, he casually answered how he had a really bad sense of style and dresses until he met his “ex-wife,” who was also his best friend.

Moreover, he kept on admiring Bravo, while addressing her as a woman with great fashion sense.

He shared how she had been solely responsible for the lavish change of fashion in him. In addition, he said that despite their partition he still asked her when he was confused with clothes.

Gelman’s genuine words were, “I mean, I really have to give it to her. She really taught me. If you know her and you know her work, you know she is an incredibly fashionable person. And I welcomed it; I didn’t feel defensive at all. I mean, even now that we’re not together, I still text her photos of me where I’m going out that day.”

This statement is a brief exposure to their ongoing bond. Gelman definitely did mention Bravo as his ex-wife throughout the interview, but there seemed to be no bitterness in their separation or the ongoing relationship.

All the sweet words, Gelman was adding to his former wife ensured that their relationship ended on mutual understanding. Despite their separation, they were adding sparks to their relationship with a beautiful bond of friendship.

They made no revelation on the real reason behind the separation but Gelman’s sweet words were enough to justify them having no bad thoughts for each other.

A lot of their fans were quite disappointed at first but were also genuinely happy for their bond that was still intact with understanding and love.