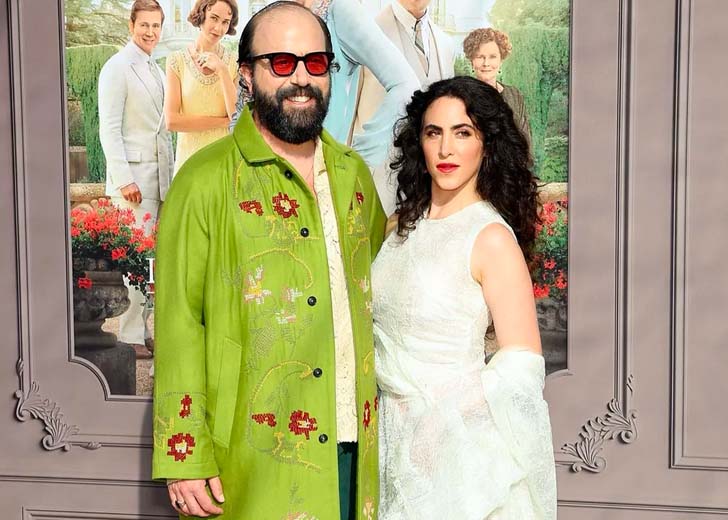 Brett Gelman and Janicza Bravo were once happily married. But, that changed when they parted ways around three years after sharing the wedding vows. The former couple got married in 2015 and divorced sometime around 2018.

Following Gelman’s split with his now-former wife, he remained single for a while until he found love again in the arms of his present girlfriend Ari Dayan. Here is a look at their relationship!

Brett Gelman and Ari Dayan met each other in 2018

Gelman and Dayan seem to have first met each other in late 2018. The first time Dayan shared a picture with her present boyfriend was on October 28, 2018.

At the time, the two merely seem to be friends only. But, as time passed, their friendship turned into a relationship. And it officially happened more than a year after they met, on December 3, 2019.

Since then, the couple has never left each other’s sight and they have always supported each other. Additionally, their bond got stronger as they started working together on Dayan’s multiple music videos — Gelman directs Dayan’s music videos.

There are numerous instances of their beautiful love which could be clearly seen on Gelman’s official Instagram handle. And the Stranger Things star doesn’t seem to be holding off when it comes to expressing his love for his girlfriend.

For instance, on 2020 Valentine’s Day, Gelman took to his Instagram handle to share an adorable picture taken alongside Dayan. He captioned the post by writing, “Happy Valentine’s Day my love!!! So grateful to have found you again.”

Similarly, on their first dating anniversary, he took posted multiple pictures and one clip of his partner and wrote a heartwarming caption. “Thank you for being my love and also my love being. I am so lucky so grateful and so va va voom! Love you sooooooo much Ari,” he wrote.

Additionally, on their second dating anniversary, on December 3, 2021, the American actor shared a funny picture of his girlfriend about to eat food. Gelman then again expressed his love for Dayan and wrote, “What can I say my love. There’s so much.”

The couple is still together and going on strong. They recently celebrated the 2022 Valentine’s Day, and on that occasion, Gelman posted a picture of himself sitting on the couch as Dayan sat on his lap and the two shared a kiss.

Likewise, Gelman had also directed a music video titled ‘Love’ starring Dayan — it was released on April 29, 2022. Furthermore, Dayan walked side by side with her boyfriend at the premiere of Stranger Things season 4 part 1 in New York City.

Going by all of that, it sure looks like Gelman and Dayan are completely head over heels in love with each other. And their support for each other’s profession has only made their togetherness stronger.

Who is Brett Gelman’s girlfriend?

In her interview with Lady Gunn, she has been described as a multi-hyphenate artist whose main focus is on a brand of fearless and charming kind of pop music that is solely meant to boost a person’s self-esteem and self-care factor.

Talking about her career as a musician, she released her debut EP, Solid Gold, in August 2020 in collaboration with HIVE MUSIC / POSITION MUSIC. Additionally, she has released multiple singles, including ‘One Hundred,’ ‘Good Reason,’ ‘Undeserving,’ and ‘Love.’

Born and raised in Los Angeles, Dayan celebrates her birthday every year sometime between November 24 and November 26. However, her exact birthday and the year she was born are yet to be known.