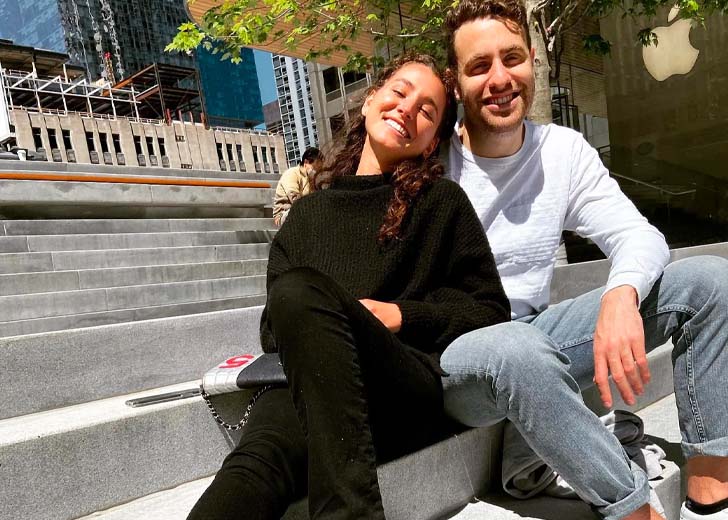 Ally Case, a traveler, influencer, and professional flight attendant who had been ruling the internet for ages, is now ruling the heart of the love of her life, Rafi.

The diva and her boyfriend have been cherishing this beautiful bond for more than two significant years.

It is not just love that they pour into their relationship. They confine similar interests and hobbies that nourish their bond even more. Her boyfriend, Rafi, too shares the same taste as hers in traveling and is also really fond of football.

Apart from drenching the entire feed on Instagram with adorable couple pictures, Case also updates her fans with YouTube videos that help people tour a day in her life, vlogs, traveling, and a lot more interesting stuff.

Doing that, on February 1, 2022, she posted a heartwarming vlog that featured her boyfriend. Their giggles and laughter definitely lit up a plethora of different faces.

Before, Case was quite caught up with her schedule ever since she got recruited as a flight attendant. Then, a few months later she got to catch up with her boyfriend and then they left for Chicago where they later headed off for the layover.

However, Rafi was not the first person who was actually meant to come. Initially, it was her brother. But, certain consequences prevented him from being with Case at her layover in St. Lucia.

So, when her brother was unable to make his way through, she took her boyfriend along. Unplanned events create the best memories, they say.

And this saying actually did incorporate into Case’s life as she spent the best moments together with her partner through a completely unplanned yet unpredictable event.

In the video, she also stated how new sides of Rafi were being unveiled to her when it comes to traveling. The warmth of love could be easily felt from the screen they presented to their audience. The love birds seemed to have enjoyed each other’s company a lot throughout the event.

How Do They Celebrate Love?

It is just not about the video, these two keep on flaunting their alluring smiles on the Instagram feed way too often. A few months back, Case posted an adorable picture alongside Rafi while marking their two years together.

She captioned, “Two years together.” The essence of their relationship held clearly flaunted in the picture. To this date, they are still together, traveling, living life, sharing moments, and creating memories.

The exact story of how they met is still concealed and yet to be brought down, but we will be the first to update as soon as we come across their unveiled story.