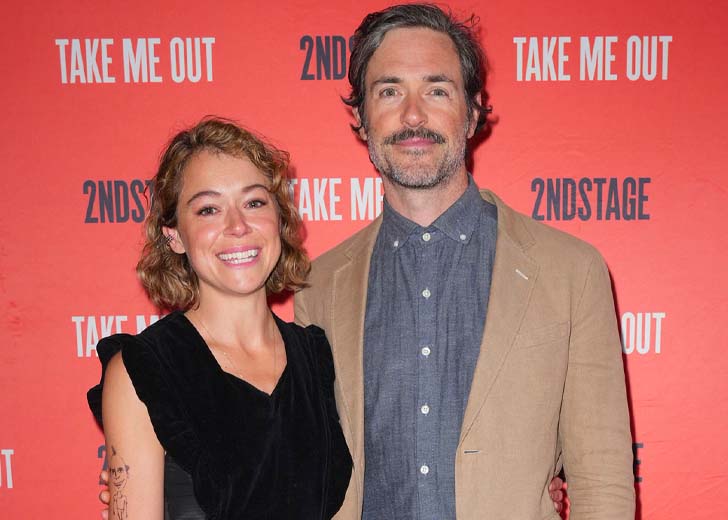 ‘She-Hulk: Attorney At Law’ actress recently made her marriage public.

Tatiana Maslany is a newcomer to the Marvel Cinematic Universe. In addition to making her debut in She-Hulk: Attorney At Law, she recently revealed that she married her new husband privately during an interview on The Late Show With Stephen Colbert on August 11, 2022.

While the actress has kept her relationship private, she appears to be very happy with her husband. Discover everything there is to know about Maslany and Hines’s relationship right here!

In an episode of The Late Show with Stephen Colbert on Thursday, August 11, 2022, the 36-year-old former Orphan Black star shared some exciting personal updates.

“My actual big news is that I got married,” the actress made a joke to host Stephen Colbert by adding, “Nobody knows, so don’t tell anyone.”

Maslany then identified her husband as the Locke & Key’s 45-year-old star Brendan Hines, who had been her boyfriend for some years. She went on to describe Hines as a “wonderful guy.”

The Emmy winner explained her reasoning for keeping the marriage private, saying there are “certain things you kind of want to keep private.” She also stated that she believed Colbert, 58, was “the right person to tell.”

The star of the upcoming Marvel series She-Hulk: Attorney at Law also revealed details about the couple’s wedding. Maslany and Hines chose to “keep it small” because it occurred during the peak of the coronavirus pandemic.

“It went very well. It was a very chill day,” she revealed.

However, according to Maslany, the only blip of the day involved the couple’s dog Earl, who served as the wedding’s ring bearer. Earl lost the rings in a field during the couple’s first looks, where they see each other glammed up for the first time.

“We were like, ‘Oh, hey Earl… oh no, Earl,'” she recalled. “And then we discovered the rings in this sheep field.”

“There’s this great picture where Earl has lost the rings,” she explained. “He’s like, ‘Oh, no.'” He’s aware of what he’s done.”

Maslany and Hines were rumored to be dating since December 2020, according to ET Canada. They were first seen together in July 2021 at a dinner with Maslany’s She-Hulk co-star and Hines’ Lie to Me co-star Tim Roth.

Hines is also an actor who made his on-screen debut in 1998, and he’s been working steadily for over 20 years, mostly on television. One of his most notable roles was as Superian in the Amazon series The Tick.

According to IMDb, some of his other memorable shows include Lie To Me, Suits, and Scandal.

But before dating/marrying her now-husband Hines, Maslany was in a long-term relationship with her ex-boyfriend Tom Cullen. The couple was in a relationship for eight long years before splitting apart around 2020.

But Maslany has always kept her personal life under the rock, same with the reasons behind the split with her ex-boyfriend.

Maslany part of the Marvel Universe

Maslany plays Jennifer Walters, a woman who transforms into She-Hulk when enraged, in the new series. When she’s not, she’s a regular 30-something lawyer.

While there may be some advantages to using her superpowers, the first trailer showed Jennifer doubting her abilities and wishing for some kind of normalcy.

Mark Ruffalo will play Bruce Banner/Hulk, Roth will play Emil Blonsky/the Abomination, and Benedict Wong will play Wong in the nine-episode series. Each episode will air once a week.