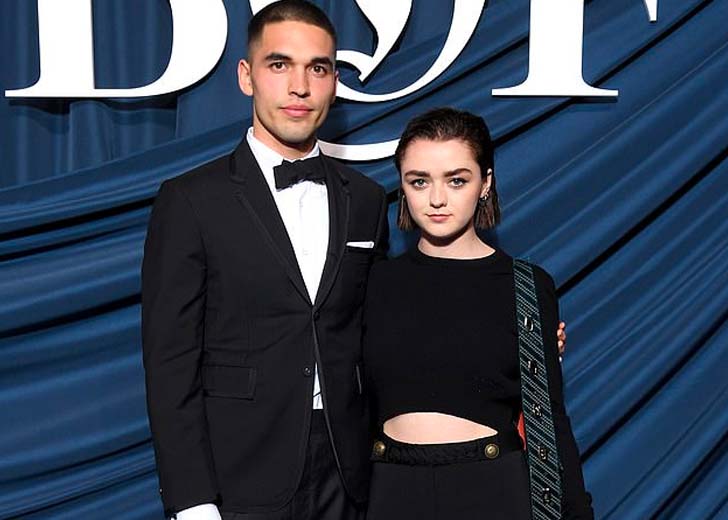 As per Metro UK, Maisie Williams and her boyfriend Reuben Selby have already discussed marriage. Williams is an English actor best known for her role as Arya Stark in the famous HBO series Game of Thrones.

The duo has been dating for over four years, having met while Maisie co-founded her talent discovery startup Daisie, and it appears they will be married soon.

Williams kept her dating life a secret from the public eye until 2019, understandably due to internal trolls and privacy reasons, but later made it public in 2019.

Fans have been obsessed with Williams and Selby’s relationship since they first appeared on our fashion radars in 2019.

Sitting front row at runway shows for luxury fashion brands Givenchy and Thom Browe, the actress and entrepreneur shares a passion for design and A-list parties.

Selby has even designed the Game of Thrones star’s red carpet looks. Look into the relationship of the dynamic couple.

Selby is Filipino-English descent and the founder of the modeling agency contact, a photographer, designer, and entrepreneur. Selby is originally from Brighton, England.

His mother was a Filipino emigrant to the UK. Simon Keith Selby is his father’s name.

Selby has three brothers, Nathaniel, Luke, and Theo Selby, who are all established chefs at Evelyn’s Table in London.

Selby is also a fashion designer, having launched his own label during the lockdown and exhibiting his second collection at London Fashion Week.

He has been fascinated by the fashion industry since he was a child. During an interview about his love of fashion, he stated, “Designing clothes and having my own line is something that I’ve always dreamt of.”

“I started designing clothes when I was super young. What really pushed me to make it happen was the time that I had during the lockdown. It made me realize that there’s nothing stopping me other than myself,” he added.

Maisie Williams shares that her boyfriend will design her wedding dress

In July 2021, Williams, 24, was a guest on Jessie Ware’s Table Manners podcast when the conversation turned to her own table manners.

When Ware asked if she had good table manners, the Game of Thrones actress replied, “My boyfriend would say no. He’s incredible, he’s very good. I’m the messed-up one. I once licked my knife, and he was furious about it.” the actress continued “His family simply raised him very well.”

Lennie, Ware’s mother, inquired how long they had been together, and when the actress revealed that it had been three years [in 2021] to which, Lennie remarked, “You’re almost married.”

“Yeah, we’re getting there, one day, maybe,” Williams said. “Reuben! If you’re listening! Joking. Yeah, I think so.”

Lennie then asked the actress who would design her wedding gown, to which Maisie replied, “He will,” causing the hosts to gasp.

Ware inquired if they had already discussed it, to which the actress replied, “Yes.”

The designer, 23, previously worked as Daisie’s communications director for over a year and established his own modeling and creative agencies.

According to Bustle, The Pistol star and Selby have put much into the four-year relationship, including a summer 2020 move to Paris.

“We thought it’d be a good opportunity because we love it here,” she shared.

Selby is involved in the fashion industry and was previously a photographer, so relocating to one of the world’s style capitals was a natural move.

But by October 2020, the two of them had returned to London. She told Metro that she and Selby were thinking about returning to France or the British countryside as their next destination, and they’d decided on the latter by 2021.