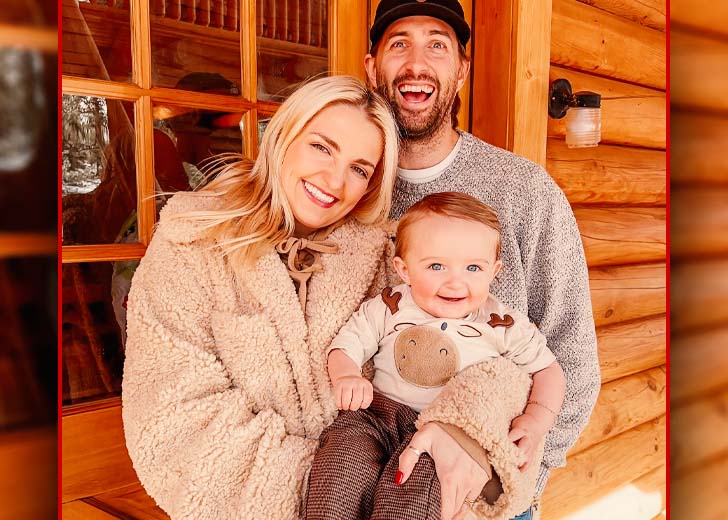 Congratulations to Rydel Funk (nee. Lynch), who is expecting her second child with her husband, Capron Funk.

On Friday, February 4, 2022, the American singer and YouTuber took to her Instagram handle to announce her second pregnancy. She had shared several pictures of her firstborn, who was wearing a Superman costume.

In the caption, she wrote, “AND BAM, POW, KABOOM, BABY FUNK #2. AHHHHH we’re soooooo excited!! SUPER is gonna be the best big brother ever!”

Additionally, she revealed her second baby’s due date through those pictures. Right behind where her son was sitting, there was a board in which Rydel had written, “Every superhero needs a sidekick; mine arrives in July 2022.”

The sentence, written from her son’s perspective, revealed that she would give birth to her second baby in July 2022, five months from this writing.

Several friends and well-wishers took to the comment section to congratulate the soon-to-be parents of two. A friend of hers wrote, “How exciting! Congratulations.”

Furthermore, another follower congratulated the singer and mentioned that she and Rydel have the same due date. Her words were, “We’re due the same month!! Congrats!!”

In October 2020, Rydel announced that she was expecting her first child with her husband, Capron. Then, on October 24, she revealed via Instagram that she would be having a son.

Following those two announcements, the married couple had been sharing many updates. On April 11, 2021, Rydel and her husband welcomed their first child. But at that time, they were yet to share their baby’s name.

Around a week later, on April 17, Rydel uploaded a YouTube video in which she and her partner revealed their son’s name — Super Capron Funk.

In the video, Rydel first said, “His name is Super,” and her husband added, “Super Funk and I’m lucky enough to give him the middle name. So it’s Super Capron Funk. That’s the coolest thing ever!”

Capron also stated that his wife is the one who thought of the name and that they had gone through a lot of baby names and “Super is just it, it’s just too super to not pick….”

The duo then admitted that their son’s name, Super, is a “little weird,” but “it’s an optimistic name, it’s positive, very Cali style.” Capron said that the name is a small nod to his wife, who is a superhero to him by being his wife and carrying and giving birth to his son.

He continued, “I’m just curious how everyone reacted when they first saw it because it’s not a name, you’re not ready for it. It’s a type of name that really grows on you too because at first, it’s like, okay it’s a little weird, and then you’re like wait, this is lit.”

In the end, Rydel mentioned that like her and her siblings’ first names started with “R,” her kids’ names will begin with the letter “S.”

So, there are two things confirmed about Rydel and Capron’s second child: first, the baby’s due date is in July 2022, and second, his first name will start with the letter “S.”

Rydel Funk and Capron Funk are together since 2019

Rydel started dating her now-husband in 2019, a year after her split with her boyfriend turned fiance Ellington.

Around a year after she began dating Capron, they got engaged on February 9, 2020. Capron proposed to Rydel while the singer was playing baseball with her family. Upon her acceptance of his proposal, there was a huge engagement party.

In late August 2020, the engaged couple eloped, taking their respective mothers with them. During their elopement with their mothers, they married in a small private ceremony.

Later, on September 12, 2020, they had a proper wedding ceremony with their friends and family members in attendance. The event was held at Secret Garden Events in Phoenix, Arizona.

Since their marriage, the duo has been relishing every moment alongside each other. Their happiness doubled months after their wedding when Rydel got pregnant with Capron’s baby.

And now, they are set to welcome their second child. We wish the couple nothing but the best in their marital relationship and parenthood.

Which Type Of Patent Service To Hire – Consider InventHelp?