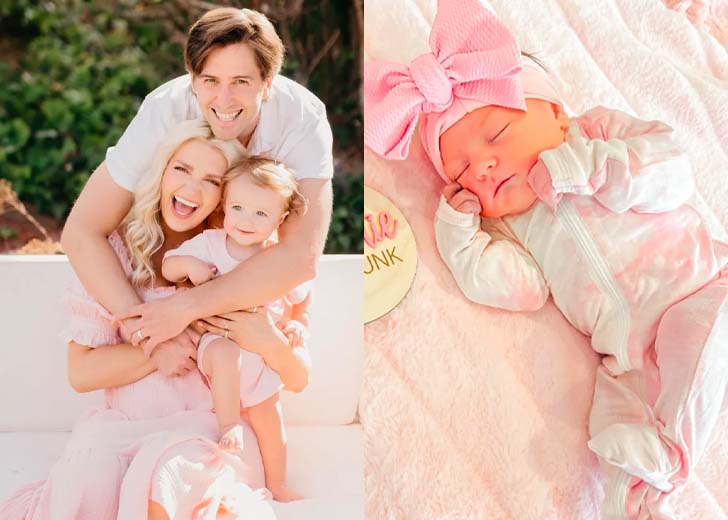 Congratulations are in order for Rydel Funk (nee. Lynch) and Capron Funk as they welcome their second child.

On August 4, 2022, at 12:39 pm, Rydel gave birth to an adorable baby girl, whom the couple has named Sweetie Mary Funk. Sweetie was born in Los Angeles and weighed 7 lbs and 9 oz. Additionally, her length was 20 inches at the time of her birth.

The married couple announced the good news among their followers on August 9, 2022. They made a joint Instagram post while sharing a black and white picture of their hands along with the hands of their son, Super Capron Funk, and their newborn baby girl.

Friends and followers immediately swamped the comment section with congratulatory messages. One Instagram user wrote, “AHHHHHHHH WHAT SO DANG CUTE!! congratulations momma! I’m so happy for you! can’t believe you are a boy and girl momma now!!”

“Congratulations! I’m so proud of you! It’s exciting to see you grow up and start your family! I love you, queen! Good vibes,” another commented.

Three days later, on August 12, Rydel took to her Instagram handle to share more pictures, most of which were of her daughter alongside her, Capron, and Rydel’s mother. “What a whirlwind,” she captioned her post.

On Monday, August 15, the YouTube star posted a series of photos of her newborn to officially reveal her daughter’s name and date of birth. “Sweetie Mary Funk. August 4th,” she wrote to caption the lovely images of her daughter having a nap with a smile on her face.

Besides all the adorable pictures the duo shared, they also documented the childbirth and name reveal event, which they posted on their joint YouTube channel, The Funks, on August 10 and August 12, respectively.

As mentioned earlier, this is Rydel and Capron’s second child. The two had first announced Rydel’s second pregnancy on February 4, 2022. And on February 16, they held a gender reveal party, revealing that they would welcome a baby girl.

At that time, it was mentioned that the due date was July 2022, but it seems to have gotten a bit late than expected. Although a bit late, the baby girl has now arrived and appears to be in a healthy condition.

Rydel and Capron welcomed their first child, a boy named Super, on April 11, 2021. As for the couple, they have been together since 2019 and got engaged on February 9, 2020. In August 2020, they eloped, taking their respective mothers, and married in a small ceremony.

Later, on September 12, 2020, they had a proper wedding ceremony with their friends and families in attendance. Since then, their bond has strengthened even more, and with a second baby in hand, we wish the couple nothing but the best in everything.

Shawn Mendes on Getting to Play Role of Gay Teen in 'Love, Simon'