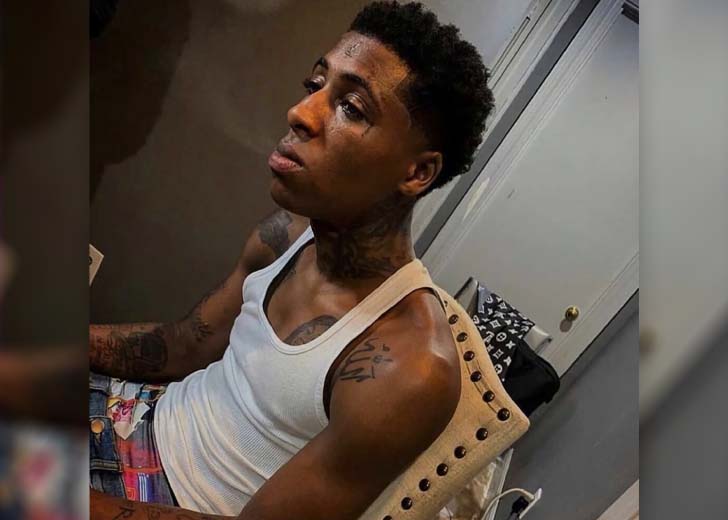 There are many death hoaxes about influencers and celebrities that surface time and again on the internet.

And it does not take time to go viral as well. Soon, people are paying their respect to the supposed dead people on the internet —  making many believe that people have actually died.

The same happened to Quandale Dingle.

How did the death hoax start?

In August 2022, various posts on Twitter, TikTok, and Instagram claimed that the high school footballer had died. While no posts showed evidence to prove Dingle’s death, many believe that he had actually died.

On TikTok, someone published a video with the headline “Quandale Dingle shot dead,” along with a montage of crying videos. Similarly, another individual posted a photo of Quandale Dingle in paradise with a halo surrounding his lifeless body and commented, “RIP Quandale Dingle.”

Soon, many such videos started surfacing. People started commenting things like “RIP,” “May your soul rests in peace,” and “We really love you, Quandale,” among others.

People started commenting and tweeting such things on other social media platforms as well.

While Dingle is an internet sensation, he does not have a public presence. There is no information accessible about him on the internet other than how he rose to fame.

Online sources assert that Dingle is still alive, although no supporting documentation exists. Similarly, there is no evidence that he has passed away.

Rumors of Quandale Dingle’s death surfaced in August 2022, but there is no proof that he is dead or alive. (Source: Twitter)

So unless and until there is concrete proof, it is safe to assume that online users made up the story since no reputable publication has reported on the death of the internet celebrity.

Who is Quandale Dingle?

According to KnowYourMeme, Dingle is a high school football player from Pennsauken, New Jersey, who acquired popularity after being recognized by a TikTok user. The latter found the word “Dingle” was written on the back of his jersey and found it funny.

As a result, the TikToker uploaded it on social media platforms after recording a video of Dingle. A series of funny memes featuring him and his name, which people found amusing, pushed Dingle to the limelight.

The first known video was uploaded on TikTok in September 2021. Quandale Dingle’s name was put beneath a video of a Windows PC login posted to TikTok by user @asapfeet.

Similarly, an image of Dingle’s name written on a piece of paper was posted on TikTok by user @goofygoober793 on June 18, 2022. The principal then announces Dingle’s name on stage, and the latter moves toward him to get his diploma.

In just five days, the video had received over seven million views. Moreover,

It quickly gained popularity through reposts and sparked other memes that made fun of the name and how stupid it is.

The now-viral photo of him still has distortion, and it appears that the athlete would prefer to keep his identity and appearance a secret.