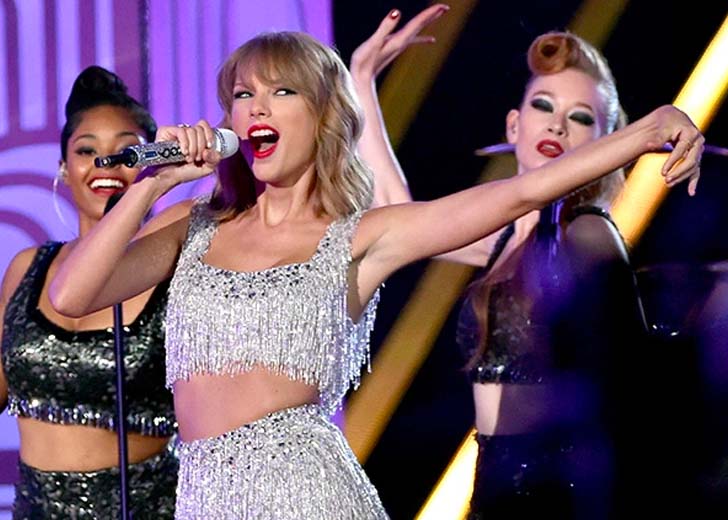 “It is not 3LW who are suing Taylor Swift. The songwriter, Sean Hall and Nathan Butler are,” said 3LW.

Taylor Swift, the greatest singer of all time, is facing a copyright lawsuit from the songwriters of ‘Playas Gon’ Play’, which was sung by the 3LW acronym of 3 Little Women.

3LW is showing support towards the singer Swift against the lawsuit for ‘Shake It Off’. The girl group recently retweeted the original tweet back from December 10, 2021, with the caption, “Stream #RedTaylorsVersion @taylorswift13 we support you.”

The tweet included, “Attention: It is not 3LW who are suing Taylor Swift. The songwriters are (Nate and Sean). There is nothing but love and respect for Taylor and her team.”

The post said, “Taylor is a talented artist who made her mark! 3LW had nothing to do with this case. Please direct all hate elsewhere. We admire the support that Taylor’s fans show her.”

Kiely Williams, one of the members of 3LW, added [via Instagram], “It has nothing to do with me. We did not write ‘Playas Gon’ Play’ and I’m not defending Adrienne or Naturi, but it’s true. So don’t come on their page. Don’t say anything. Nobody’s suing her.”

The songwriters Hall and Butler alleged Swift of stealing the lyrics from 3LW’s ‘Playas Gon’ Play’ but the artist shared that she had never heard of the group until she was sued.

Swift recently responded to a 2017 copyright lawsuit by refusing the accusation by writing in a declaration dated August 6, “The lyrics to ‘Shake It Off’ were written entirely by me.”

Additionally, though 3LW released several modest hits, Swift wrote that she almost exclusively listened to country music during that time and did not watch the MTV show TRL. She described, “The only concerts I went to were for country and folk rock singers, LeAnn Rimes, Billy Gilman, and Melissa Etheridge.”

Swift even clarified in the declaration saying, “My parents limited what I could watch and listen to, and did not permit me to watch TRL until I was about 13 years old.”

Similarly, Swift also attested that “players gonna play and haters gonna hate” were common phrases uttered countless times by others, including her classmates when she went to school in Pennsylvania and Tennessee. Also, in the song, ‘The Outsiders’ by Eric Church, the phrase is used and can be heard.

She also pointed out in her declaration that she wore an Urban Outfitters shirt with the phrase “haters gonna hate” while performing at the 2013 Billboard Music Awards — a year before she wrote ‘Shake It Off.’

“I co-wrote ‘Shake It Off’ with Karl Martin Sandberg, known professionally as Max Martin, and Karl Johan Schuster, professionally known as Shellback, at Conway Recording Studios in Los Angeles, in February 2014,” she wrote in the declaration.

She further stated, “I can and do confirm that ‘Shake It Off’ was composed independently of ‘Playas Gon’ Play.'”