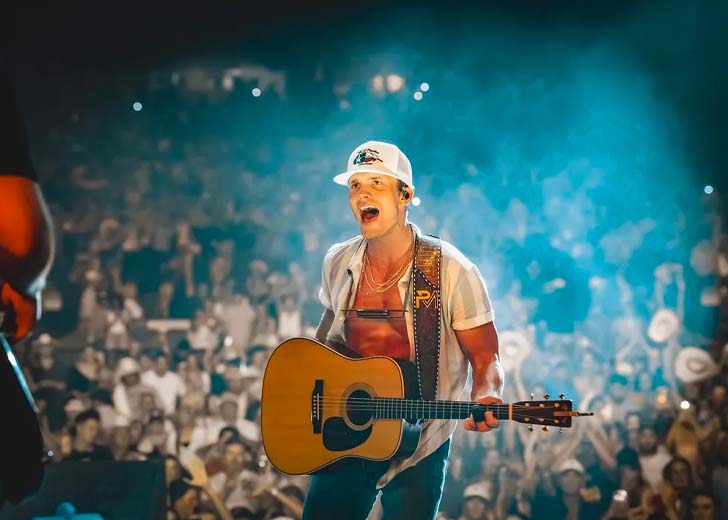 Parker McCollum is setting things up for a live performance in the upcoming year.

On Sunday, August 14, 2022, the American singer-songwriter took to his Twitter handle to deliver a sweet and exciting message to his fans.

In his tweet, he teased that he may or may not have agreed to play in a big festival that will be held in Stillwater, Oklahoma, in the next year. He closed his tweet by using an eye emoji.

“May or may not have agreed to play a big festival in Stillwater, Oklahoma next year,” his original tweet read. And while McCollum didn’t precisely mention the name of the big festival he might be playing in, many already guessed it to be 2023 Calf Fry.

As per Visit Stillwater, Calf Fry is “the largest annual three-day outdoor red dirt and country music festival at Stillwater’s own Tumbleweed amphitheater.” The 2022 Calf Fry took place from April 28 to April 30, 2022. And the exact dates might apply for the 2023 Calf Fry.

After McCollum teased this news among his fans, the fans took to the comment section to show excitement. Moreover, some even played McCollum’s game and teased that they might or might not be there.

For instance, one wrote, “may or may not buy a flight,” with another wrote, “Another reason to go to Calf Fry.”

Similarly, a couple of fans made it clear that they would be attending it. “Will I fly to Oklahoma for it? Probably,” one wrote, with another following up with, “suddenly I’m flying to Oklahoma.”

The exciting news comes less than ten days after the country singer released his latest single ‘Handle On You’ on August 5, 2022. But, if you can’t wait to see McCollum performing before the 2023 Calf Fry, you might want to attend one of his many upcoming events.

That’s right! The Texas native singer is currently on his long summer tour. The tour’s next stop will be on Thursday, August 18, 2022, at White River Amphitheatre in Auburn, Washington.

As per McCollum’s official website, the tour will end on Saturday, October 29, 2022, with the last event being held at Cross Insurance Center in Bangor, Maine. In total, McCollum and his friends will be playing at 29 places from August 18 to October 29.

McCollum is an Americana and country singer-songwriter who is also the owner of PYM Music. He started his musical career in 2013 by releasing his debut single and EP. On February 24, 2015, he released his first full-length album titled The Limestone Kid.

The album was loved by many, and the singer soon embarked on a tour to promote it. Since then, he has released multiple EPs, singles, and albums which have further boosted his popularity. In 2022, he even won the Academy of Country Music Awards under the New Male Artist of the Year category.