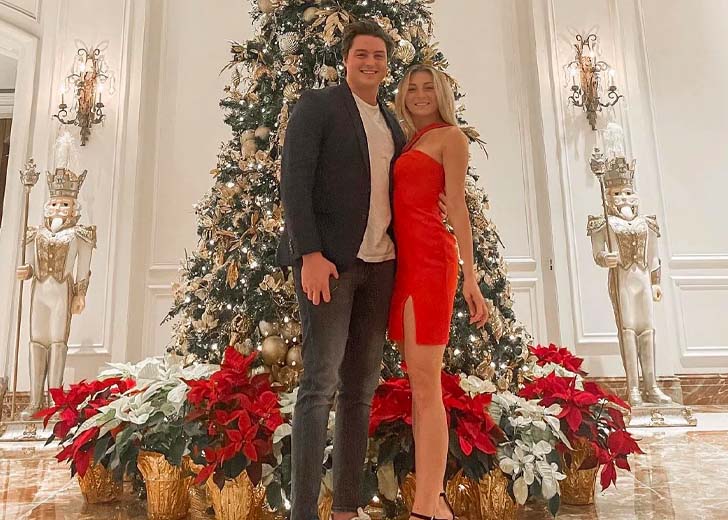 The NGL link has taken over Instagram, with most people using it to receive anonymous messages or confessions. Even celebrities and influencers have been using it lately.

One such person is Kat Stickler’s former husband, Mike Stickler (Michael Stickler). The latter recently did an NGL link Q/A where he answered various questions about his love and married life, including his new girlfriend, Tia Alannah Borso.

Most of the questions were related to Kat and their daughter, MK. Kat and Mike Stickler were once the “it couple” when they were together.

They were able to capitalize on the TikTok craze during the COVID-19 lockdown and establish themselves as a public personality on the site. The couple and their daughter MK soon became well known on the platform.

Unfortunately, in March 2021, the pair went separate ways and got a divorce. Previously, they had a joint TikTok account, but after their separation, Kat got the account and changed the name.

Despite their married life ending, the pair co-parented their daughter. So, fans and followers often ask the Sticklers about their relationship and co-parenting skills after divorce.

So, when Mike did NGL Q/A, most questions were about MK and Kat. However, while talking about them, he mentioned his new girlfriend and how he might get married to her someday.

Mike Stickler on getting married again

After Kat and Mike’s break up, they went on to have different partners. Since both co-parent MK, the latter is involved in her parents’ partners’ lives.

Mike’s new girlfriend Borso is active in MK’s life. The influencer often posts pictures of his daughter with Borso, and the trio looks adorable as a family.

However, some people are not happy with Mike’s decision. One such person asked him on NGL why he posted MK and Borso together.

Mike Stickler hinted that he might get married to his new girlfriend, Tia Alannah Borso, in the future. (Source: Mike Stickler’s Instagram Stories)

They further accused Mike of wanting to make Borso be MK’s mom. Mike asked the anonymous person if he preferred his gf hate MK and pushed her away or if they wished Borso to love and care for MK.

He said that the person’s thinking was backward, and they were not the only one who thought that way about the girl he was dating. Mike noted that his daughter was loved by everyone involved, including Borso.

Similarly, he admired Borso for taking on a rough role and loving his daughter like her own. He also pointed out that his daughter loved Borso, or TT, as she called her.

He then hinted that he might get married to Borso in the future. He said that the goal of a healthy relationship was to one day share a life together and get married. He then said that this bond between him and Borso was inevitable.

So, he asked people not to pull Borso’s leg as such but to appreciate that she loved his daughter.

Similarly, one person asked Mike how he felt about sharing MK with Kat’s partner. The influencer said it was hard sharing his daughter no matter who was involved.

However, he was open to compromise since he knew about the benefits MK would get from “bonus parents.” He appreciated anyone there for MK, took care of her, and had his daughter’s best interest at heart.

At last, he said whoever would be MK’s bonus father would support, guide, and nurture her.