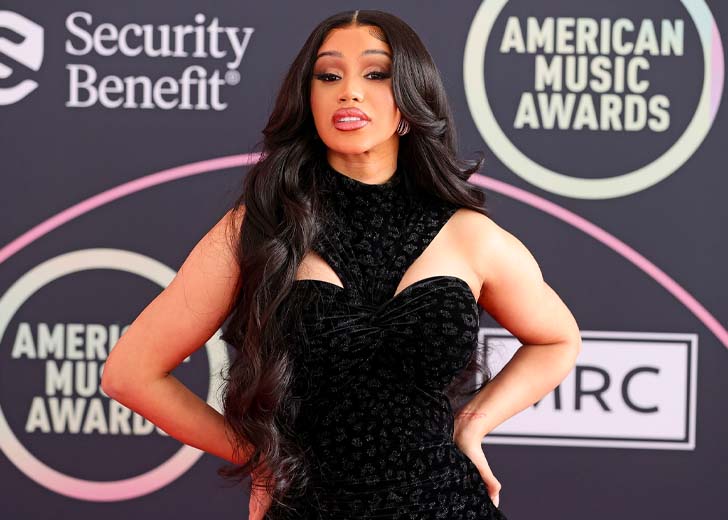 Rap queen Cardi B, who is known for trying out new things, has gotten a face tattoo.

Cardi B posted a video in her Instagram stories where she was seen lying down while a professional artist tattooed her face. The rapper appeared to be in pain as she received a tattoo on the left side of her face.

She had used a blue towel to cover the rest of her face. Her fans have now shared the video on Twitter.

Unfortunately, the tattoo has not yet been revealed because the singer has yet to show off her new face art. Aside from the tattoo, Cardi B dazzled her fans with her new look, which included her long, straight hair.

She captioned a photo and video of her long, smooth hair on Instagram, “My last two washes I’ve been boiling onions and using the water to wash my hair.”

“I used to do this when I began my healthy hair growth journey six years ago. I stopped because I became too lazy. It has no odor and has given my hair a shine.”

Fan reaction on Cardi B getting a face tattoo

After the video of Cardi B getting a face tattoo went viral on the internet, many of her fans responded in the comments section.

One of her fans commented, “Why first Drake and now Cardi B? What’s going on with her? First nose job and now a face tattoo. Cardi B posts on social media with a 100 percent beat face 75 percent of the time, so how will this lower cheek tattoo look with her makeup? She is going to look funny.”

Similarly, another stated, “She was supposed to BRB, but that was quick. Now that we are waiting for the music to start, we are still unable to see it. However, she instead has a crazy face tattoo. I would have looked at her strangely if my mother had done it. It is by Cardi B, though I’m not a fan.”

The majority of the comments are negative. However, she had few supporters. One person said, “Right, I don’t get why we, as fans, can’t be concerned with Cardi B’s face tattoo. It is unnecessary, and who can argue that she is giving face when it depends on whether she covers it? Cardi B isn’t helping us, and I want her to rule the music industry.”

Is Cardi B getting her son’s name tattooed?

The rapper is predicted to get her son’s name tattooed on her face. Previously, on January 17, she tweeted about “really really” wanting a tattoo of her son’s name in a location she’d never done before.

Cardi B may have had his son’s name tattooed on his face. (Source: Instagram)

Many fans flooded the mother-of-replies, hoping to talk her out of getting the face tattoo. They also brought up an old tweet from the summer in which Cardi B expressed how happy she was that she didn’t get the face tattoo she had planned on getting when she was 16.

Many Cardi B fans believe she has her son’s name tattooed on her face because of these tweets.

Related Topics:Cardi B
Up Next