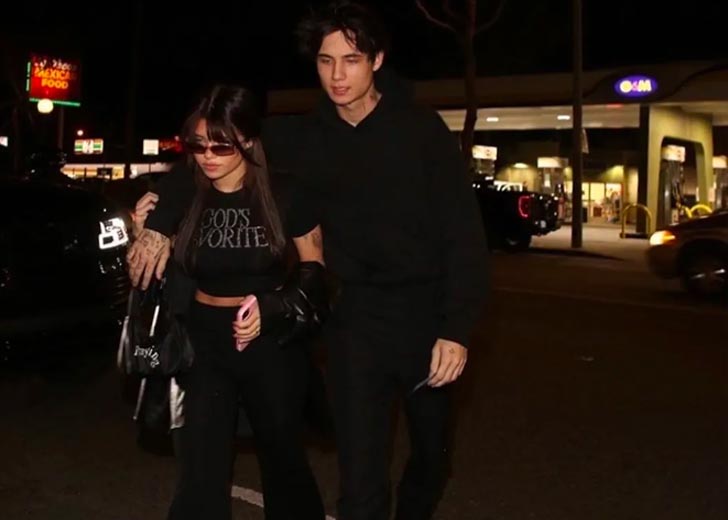 Nessa Barrett has seemingly struck not once but twice at her ex-boyfriend Jaden Hossler.

The most recent one came on Wednesday, May 25, 2022, when a fan took to the comment section on Barrett’s TikTok video and asked her to forgive Hossler for what he had done — it’s alleged that he cheated on her.

The exact comment from the fan read, “Ur ex made one mistake. Y’all r soulmates don’t let one wrong [mistake] destroy a beautiful connection. Pls forgive j a d e n.” The comment ended with a Pleading Face emoji.

Around four minutes after the comment was made, Barrett quickly gave a shutting answer. While replying, she wrote, in all caps, that this is how they get blocked. “THIS IS HOW U GET BLOCKED.”

The screenshot of the two comments was later shared by the Instagram handle of TikTok Insiders and fans there were praising Barrett’s witty reply and action as well. One wrote, “Nessa is so right. people need to stay out of it. she deserves better.”

Nessa Barrett blocked a fan after they asked her to forgive her ex-boyfriend Jaden Hossler (Photo: Instagram)

Furthermore, one fan wrote, “she didn’t even react like this with josh. she is done with Jaden. DONE. leave it alone.”

One day before she responded to the fan comment, Hossler had shared a screenshot of him listening to Matt Maltese’s ‘As the World Caves In’ — a song that both Barrett and Hossler had mentioned was “their song.”

After Hossler posted that on his Instagram story, Barrett took to her Twitter handle on the same day, on Tuesday, May 24, to give the first shutting reply directly to her former boyfriend. Her tweet read, “not today satan.”

After the two said things happened, TikTok Insiders shared a TikTok video related to Hossler on May 26, 2022. The video showed two girls and at one point, a voiceover of a girl said, “Oh my God. And this is us leaving Jaden’s hotel room at 9 a.m.”

The voiceover surely hinted that they were inside Hossler’s hotel room and spent the night there. As per the caption of the Instagram post, the two girls were Sky Bri and Rara who were also seen on a trip with Jake Paul a few weeks ago.

When the video was posted by TikTok Insiders, many believed that it was Hossler’s way to get back at Barrett for publicly rejecting him — the one where he posted their song. One wrote, “he posts their song to try to get her back, gets publicly rejected, and then does this.”

As of now, Hossler is yet to say anything about the video. He and Barrett started dating around early or mid-2021 and parted ways in April 2022. They confirmed their break up on May 2, 2022.