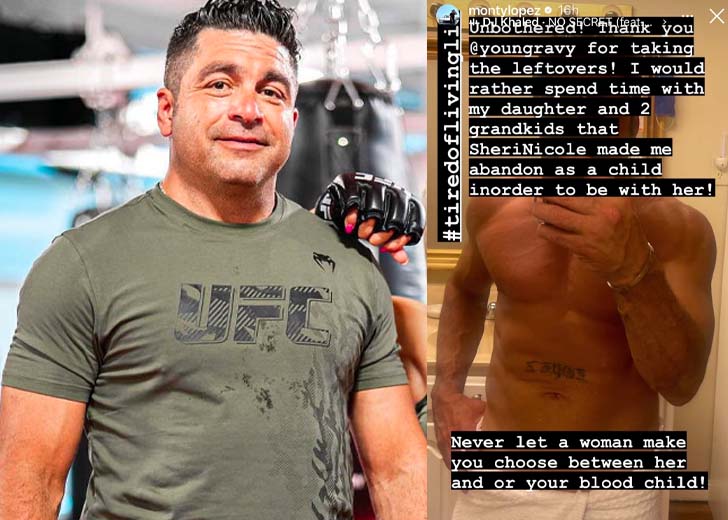 For those unaware of Rae’s family feud, it all started in July when Lopez’s infidelity allegations surfaced on the internet. He was in a 5-month relationship with a 25-year-old woman named Renee Ash while he was still with his wife, Sheri Easterling.

Ash claimed that Lopez told her he had ended his relationship with Easterling and was getting divorced. She broke up with Lopez after several girls accused him of flirting with them.

Later, Easterling also started to respond to the drama and even changed her Instagram bio to “single mom.” On August 28, she was seen giving 26 years old rapper Gravy a peck on his lips at the MTV Video Music Awards.

While Rae is making every effort to avoid the drama, her parents have been drawing attention from the public, the media, and fans, which is jeopardizing Rae’s career. A source told ET that she is embarrassed by her parents and keeps her distance from all the drama.

Easterling, the mother of Rae, and Gravy made their relationship official on the red carpet at the MTV Video Music Awards when they shared a kiss and posed for multiple photos together.

Following the event, Lopez rushed to his Instagram stories to criticize the pair. He captioned a shirtless selfie saying, “Thank you @younggravy for accepting the leftovers.”

Lopez also uploaded a TikTok video challenging Gravy for a boxing match, but the rapper has not addressed or responded yet. He also threatened to make a diss track against Gravy.

On August 31, Lopez actually shared a teaser for the song which he named, ‘Leftovers,’ the term he frequently used to describe his ex-wife, Easterling.

He posted a TikTok video under the official family’s TikTok account, @theraefamily, where he can be seen dancing shirtless on his song, ‘Leftovers.’ Lopez even tagged Gravy and captioned the clip, “should I drop it?”

However, just a few hours after the teaser was dropped, an Instagram account under the handle @tiktokinsiderinfo posted a 1 and 31-minute long audio message saying, “Monty Lopez’s new single Leftovers (full).”

After Lopez shared a video of himself dancing to the song shirtless on August 31, Gravy responded to the diss track by commenting, “It did not have to come to this.”

Many fans were confused and in disbelief that he actually uploaded the video on the official family account, with one of the fans saying, “Not in the family account.”

While many fans agreed that the video should not have been uploaded on the family account, other fans were surprised and embarrassed by Lopez’s behavior. One of the fans commented, “I instinctively covered my eyes immediately from embarrassment.”

One of the TikTok users commented, “Monty and Gravy need to box so we can get this over with.” Another follower wrote, “This can not be real.”