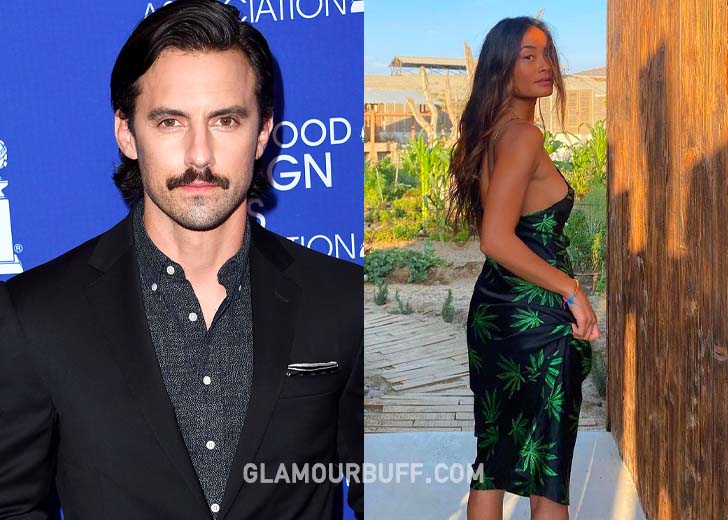 Milo Ventimiglia is still considered one of Hollywood’s most eligible bachelors. The handsome actor rose to prominence as bad boy Jess on The Gilmore Girls.

A new generation has known him as Jack Pearson on NBC’s family drama This Is Us. Ventimiglia has dated several high-profile co-stars, but he has always preferred to keep the details of his love life as private as possible.

He told People in 2017 that he tries to remain as anonymous and invisible as possible so that it doesn’t detract from the experience of the men he plays.

Currently, it is reported that he is dating his new girlfriend, Jarah Mariano. It is unknown when the pair started dating, but as of 2022, they are in a relationship.

Neither of them has confirmed their relationship. Many still believe that Ventimiglia is single now.

However, the pair have been featured in their friend’s Instagram stories quite often —  revealing their relationship.

Deuxmoi, an Instagram news and gossip page, recently posted a story where they were asked if Ventimiglia was in a relationship with anyone. They then replied with a screenshot of a story.

The story was posted by @johannacyn, who uploaded a picture of Ventimiglia and Mariano popping champagne. They appear to be poolside, and both have donned their swimwear.

The caption read, “Welcome to the hood @jaharm + Mi,” with a blue heart. Judging by the picture and caption, it seems like the duo got a new house or moved in together somewhere.

However, nothing can be said for sure.

Unlike her boyfriend, Mariano is not involved in the entertainment industry. She is the founder of H I N A + K ū, a fragrance company, and Makalapua Fund, a nonprofit organization.

She was born on the Hawaiian island of Kauai and has lived in Southern California, New York City, Australia, and now Los Angeles, California.

She traveled the world as a fashion model for over 23 years, gaining vast knowledge and experience through exposure to diverse people, places, and cultures.

She was the first person of Native Hawaiian and Asian ancestry to appear in multiple brands, breaking the barrier for those who followed. Mariano received her BA in Speech Communications with a Media Studies Concentration from Pace University in New York City’s Dyson College of Arts and Sciences.

In 2016, she returned to Hawaii for a term to study at the University of Hawaii at Mnoa and to complete a Hawaiian Studies course at the Hawai’inuiakea School of Hawaiian Knowledge.

She completed a Cinquième Sens certificate program at Pratt Institute in New York for The Technique and Language of Perfumery and fragrance mixing and materials courses at the Institute for Art & Olfaction in Los Angeles.

Mariano has extensive experience working with various global nonprofit organizations and charities. She is skilled in hula kahiko, auana, and Tahitian dance.

According to her website, she lives an active lifestyle and believes in maintaining a healthy mind, body, and spirit.

Ventimiglia’s first public relationship was with Alexis Bledel. The couple met on the set of The Gilmore Girls, where he played her love interest, Jess Mariano.

Though Rory and Jess’s dating history was cut short on the show due to too many outside forces, the couple had a long relationship in real life. Ventimiglia and Bledel dated for four years, becoming a couple in 2002 before splitting up in 2006.

Ventimiglia fell for another co-star when he started dating actress Hayden Panettiere in 2007 when he was 29, and she was only 18. They met on the NBC show Heroes, which aired from 2006 to 2010.

Though his character, Peter Petrelli, and her character, cheerleader Claire Bennet, didn’t cross paths and had an on-screen relationship, the duo wasn’t afraid to show their romantic feelings during their two years together.

Ventimiglia’s most high-profile romance was with Panettiere, with whom he attended several red carpet events. Even on set, paparazzi captured images of the hunk and the starlet kissing in front of their trailers.

Ventimiglia was briefly linked to Jordana Brewster’s younger sister Isabella in late 2009 and early 2010. On December 20, 2009, the actor and his talent agent were photographed getting cozy in Santa Monica, CA, as Isabella lovingly wrapped her arm around Ventimiglia.

The ultra-private actor immediately separated himself from her when he noticed the paparazzi zooming in on their date. Ventimiglia and Isabella went on a romantic date to Disneyland on February 21, 2010, where he was photographed planting sweet kisses on her forehead while wrapping his arm around her waist.

Ventimiglia then dated Stella McCartney brand marketing coordinator Kelly Egarian from 2016 to 2017. They were first photographed holding hands during a lunch date in Venice Beach, California, in December 2016.

Egarian attended the 2017 Prime Time Emmys with first-time nominee Ventimiglia, but she did not accompany him on the red carpet. Instead, she sat inside during the ceremony and at his post-ceremony dinner.

Ventimiglia’s most recent relationship was with Orange is the New Black star, Diane Guerrero. In early October 2019, the couple was seen having lunch at Los Angeles’ Mexican restaurant Escuela Taqueria before heading nearby for dessert at The Milk Shop.

It was later revealed that the two were simply friends, and Ventimiglia has remained tight-lipped and private about his love life.